Why I wrote my book: David Coltart 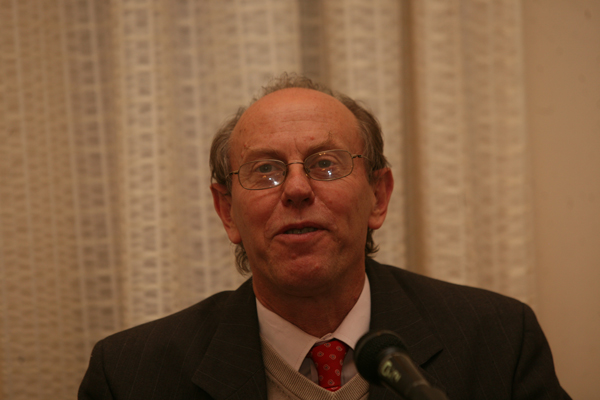 Some of his critics argue the book gave ammunition to First Lady Grace Mugabe’s Zanu PF faction — G40 — in its war against Vice-President Emmerson Mnangagwa.

On the other hand, former Prime Minister Morgan Tsvangirai’s followers see it as an attempt to destroy the long-time opposition leader’s reputation. Last week Coltart (DC) told our reporter Obey Manayiti (OM) the real reasons he penned the book and why it was released now. Below are excerpts of the interview.

OM: What is your reaction to criticism of your book, especially by the likes of Higher Education minister Jonathan Moyo?

DC: I expected the book to be criticised, especially by those not dealt with favourably in the book. I am delighted by the attention which is being given to the book, especially the criticism because it draws attention to the book and hopefully will generate debate about some of the issues raised in the book. OM: Some critics have been disputing certain facts in your book, how reliable was your research?

DC: Once again, I expect that some of the facts will be challenged, again by those who come across unfavourably. I have done detailed research for the book, evidenced by the 794 endnotes in the book, which reveal the source of the material relied upon. I also read extensively to produce the book, so I relied on the accumulated knowledge and writings of many others.

OM: The book has sparked debate on social media such as Facebook and Twitter. Are there any people approaching you privately on the contents of the book and what are their sentiments?

DC: The response to the book, both private and public, has been overwhelmingly positive. I have been inundated with people writing comments on social media and also many have written e-mails to me. A small minority have been critical, some very constructively, pointing out some typographical errors.

OM: What motivated you to publish your memoirs and did you anticipate the kind of reaction you are getting now?

DC: I have wanted to write this book for a long time but never had the time to write. Ironically, it was my loss of the July 2013 election which opened up time for me to write. I was motivated by a desire to write about my own perspective on events and also to correct what I thought were misrepresentations of key events. I also think that there is too little written about Zimbabwe’s history and I hope my book encourages others to write their own stories. Own perception of history is inevitably subjective and the more people who write about our history, the richer, and more accurate, that history will become. I did anticipate the reaction — indeed the introduction itself and the acknowledgement section anticipates that some would react in a hostile fashion to the book.

OM: You are one of the prominent lawyers that defended Zapu leaders during Gukuruhandi and you also played a leading role in the documentation of the atrocities with the Roman Catholic Church. Do you think Vice-President Emmerson Mnangagwa was a key figure in the atrocities?

DC: I have no doubt that Vice-President Mnangagwa, in his capacity as the minister in charge of the CIO at the time, played a key role in Gukurahundi.

OM: Mnangagwa disputes some of the statements attributed to him in the book, why do you think he is reacting that way when the information has been in the public domain for such a long time?

DC: Vice-President Mnangagwa is in an awkward position. He is trying to convey to Zimbabweans and the international community that he is someone worthy of holding presidential office in Zimbabwe. The revelations made in my book, alongside those contained in older publications, affect this goal. Had he said nothing about the revelations contained in my book, some would have assumed that he agreed with what was written. Accordingly, he had no choice but to deny what he is alleged to have said and done in the past. It does appear, however, that he did not anticipate that Chronicle would reveal the source material which confirms that my book accurately reflects what Chronicle reported him saying in 1983.

OM: What do you think is the best way forward in dealing with the Gukuruhundi question, should Zimbabweans let bygones be bygones as some people seem to suggest?

DC: I think the victims of the Gukurahundi need an opportunity to tell the nation what happened to them and their desire in terms of reconciliation and justice. It is wrong for any politician or lawyer to dictate what victims want. Accordingly, at the very least, we need a victim orientated truth commission.

OM: What is your reaction to criticism that you are not very open about your role in the security services during the Rhodesian era?

DC: I think any reading of the first seven chapters of the book will dispel any accusation that I have not been open about my role in the Rhodesian BSAP. I found those chapters very difficult to write because it was important that I accurately record what I experienced during the period of my life. What is written is a full and transparent account of my role. OM: Jonathan Moyo is one of your harshest critics on social media and you have revealed in your book that his resentment of you is not new. Where do you think the resentment comes from?

DC: Jonathan Moyo and I used to share a similar political outlook and on at least one occasion shared a common platform in criticising Zanu PF policy in the early 1990s.

In 1999/2000 Moyo changed course and since then has been one of the principal propagandists for Zanu PF, which has inevitably brought us into conflict.

I think that his resentment may stem from the fact that I often refer to Moyo’s “previous life”, which perhaps is embarrassing for him.

I bear no grudges against him and greatly respect the work he did in the 1990s, particularly in the publication of his book about the 1990s elections called, Voting for Democracy.