Airwaves belong with the people 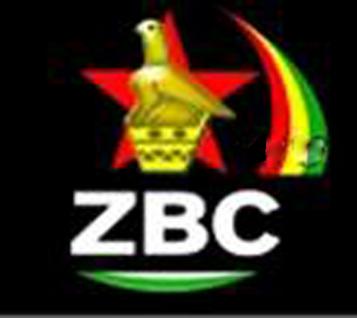 The digitisation programme has been atop the Zimbabwe government Information, Media and Broadcasting Services ministry agenda for the past few years now amid policy pronouncements that completion of this project will create room for 12 high definition television channels, of which six will be owned by the Zimbabwe Broadcasting Corporation (ZBC) and the reminder by private broadcasters.

The digitisation programme has been atop the Zimbabwe government Information, Media and Broadcasting Services ministry agenda for the past few years now amid policy pronouncements that completion of this project will create room for 12 high definition television channels, of which six will be owned by the Zimbabwe Broadcasting Corporation (ZBC) and the reminder by private broadcasters. SUNDAYOPINION WITH NIGEL NYAMUTUMBU

In addition to the opening up of new television stations, policy makers have been telling us that in the not-so-distant future, Zimbabweans will need television sets that can support digital signals and this can be done through set top boxes, which we are told government has already ordered 400 000 of these decoders.

Notably, the Information ministry has been going round the country meeting content producers and committing to support the film industry on the basis that there will be increased demand for content to adequately service these 12 stations.

The ministry, while submitting a report before the Parliamentary Portfolio Committee on Media earlier this year, further unveiled plans to introduce legislation that will promote local content production under this new digitisation era.

Without doubt, there are both technical and socio-political benefits of having digitised television broadcasting in Zimbabwe.  For starters, converting data or information into digital formats as compared to the current analogue system ensures that the country has faster channels that have better sound and picture quality.

It is regrettable that in this digital age, Zimbabweans are still being subjected to poor sound and picture quality on national television and that to this day a significant number of the country’s citizenry cannot access the national broadcaster’s services due to condemned transmitters.  As such, once completed, the digitisation programme could potentially enhance citizens’ rights to access information as enshrined in the Constitution.       Moreover, it is prudent to note that digital transmitters carry a lot more channels as compared to analogue transmitters, thus enhancing the probability of opening up of the country’s airwaves through plural and diverse radio and TV stations. Digitisation nullifies the old argument of limited frequencies under analogue transmission hence enables the broadcasting sector to grow not only in quantity but in quality.

Digitisation enables the broadcast media to be linked or infused in other communications or information sharing platforms that include the internet and mobile telecommunications, hence an integrated and holistic approach to promoting access to information for the public.  To this effect, the ZBC announced plans to introduce web TV services, whereby the national broadcaster plans to be live streaming on the internet.

The digitisation project is not unique to Zimbabwe as it is an international programme being promoted by the International Telecommunications Union (ITU) with a June 2015 deadline having been set for countries to digitise their broadcasting.

Zimbabwe missed this deadline but the Ministry of Information, Media and Broadcasting Services has launched a campaign to promote digitisation, with reports indicating that nearly 50% of the digitisation programme is done, but funds are limiting the completion of the work.

It is a result of this lack of adequate funding that the Information ministry has sought audience with various other Cabinet ministries, including the Finance and Economic Development ministry, as well as seeking local and international support for the digitisation process.

While the efforts and developments towards digitising the country’s broadcasting services are commendable, there are critical long-standing media laws and policy matters that the government is deliberately overshadowing under the guise of the digitisation agenda.

If anything, the government is using the digitisation programme to gloss over broadcasting sector policy inadequacies, including but not limited to the licensing framework, independence of the Broadcasting Authority and the transformation of ZBC to becoming a genuine public broadcaster.

This is why I have problems with how government has already pre-awarded six television stations to the broke ZBC without setting frameworks for reforming the broadcaster.  Of what benefit will those six stations be to citizens if no reforms are realised at the national broadcaster? If ZBC is not transformed, I don’t see how the technical benefits of having additional stations will benefit Zimbabweans.

Linked to that point, it will also be problematic for the government to license new television stations under the current legal framework.  Zimbabwe’s broadcasting regulatory authority is by no means independent and its impartiality in licensing private radio stations over the past few years has been questioned.

The very same authority, with the full backing of the Information ministry, has been giving flimsy excuses in refusing to license community radio stations, in violation of the Broadcasting Services Act.  This Act, upon which legislation the Broadcasting Authority of Zimbabwe (BAZ) is established, provides legal basis for a three-tier broadcasting system in the country.

As a result, entrusting the very same authority to preside over the licensing of these new television stations under the prevailing environment is retrogressive and will just open up spaces to the same players and voices.

This is why it really isn’t surprising that the same media houses awarded with these so-called private radio station licences already have structures of their soon-to-be launched television stations and there is no prize for guessing that they will probably be the “seventh” station to be licensed in the digitised era.

As a matter of fact, only two of the eight provincial radio stations licensed in 2015 had commenced broadcasting 17 months after being awarded with licences and this abnormality points to government inadequacies.

Government can implement policy interventions that ensure sustainability of media organisations by providing tax incentives and reinvesting the application fees to the sector for example.  The Zimbabwe Media Commission (ZMC) levies and the broadcasting licence fees should do more than just meet staff costs and government regulatory bodies.

Sadly, both the ZMC and BAZ have very low budget votes and hence require every penny they can get to fund operational costs.

Moreover, the ministry does not have a publicly known policy on how to promote investment into the sector in order to promote constitutional rights to freedom of expression and access to information.

Government has also not been transparent on the cost implications of the digitisation programme, particularly on the issue of accessing television using decoders.  There are varied policy propositions as to the pricing mechanisms of these Set Top Boxes and also on the criteria that government is going to use in distributing the 400 000 that have been reportedly ordered.

There is definitely need for more transparency on the digitisation programme, whose actual cost on citizens remains unclear.  More importantly, there is need for government to effect legislative and policy reforms such that the taxpayer’s hard-earned monies are not used to fund six more state propaganda stations or to fund the interest of the elite.

At the end of the day, these airwaves belong to the citizens of Zimbabwe. Without the necessary policy and legislative reforms in the media sector, the otherwise noble digitisation programme is going to unjustifiable cost the taxpayer.    Nigel Nyamutumbu is a media practitioner working as the programmes manager of the Media Alliance of Zimbabwe.  He can be contacted on email, njnya2@gmail.com or on +263 772 501 557