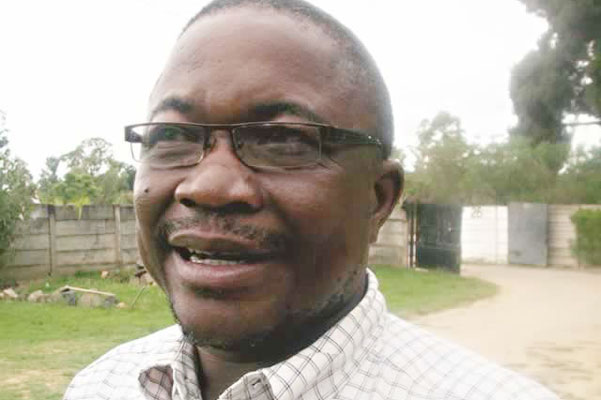 FARM workers in Zimbabwe are victims of modern-day slavery. They earn $75 a month, despite the fact that agriculture is the backbone of the country’s economy.

FARM workers in Zimbabwe are victims of modern-day slavery. They earn $75 a month, despite the fact that agriculture is the backbone of the country’s economy.

Farm workers told The Standard in separate interviews last week that farmers and government were neglecting and subjecting them to modern-day slavery.

“It’s more of modern-day slavery. Workers earn peanuts and this is very sad.

“We fought against white supremacy but now there is black supremacy.

“As such, workers are vulnerable to respiratory and other diseases. Chinese employers go further to beat and harass employees. They don’t want to pay them.”

Some workers said employers were paying them with farm produce, citing harsh economic conditions in the country.

Recently, farm workers and employers agreed a salary increment of 4,2% or $3 for 2017 which saw the lowest earner being paid $75 per month and the highest paid worker now earning $150.

The agreement was signed on June 2 between the General Agricultural and Plantation Workers’ Union of Zimbabwe (Gapwuz) and farmer organisations.

He said agriculture was one of the biggest contributors to the country’s economy but employees were not being recognised.

As a union, he said, they were fighting for a $100 minimum wage per month.

In South Africa, the lowest paid farm workers earn about $230 per month.

Gapwuz general secretary, Golden Magwaza said the wages for workers were still low but due to economic challenges, they had compromised for $75.

“We still need more to be done because it’s still little but half a loaf is better than nothing,” he said.

“We are going to have another meeting with employers in the next 12 months to discuss the issue.

“Our aim is to reach the poverty datum line but to reach that is a challenge due to economic challenges.”

According to a 2016 report, Working and Living Conditions of Workers in the Agricultural sector in Zimbabwe compiled by Naome Chakanya, from 2011 to 2016, wages for farm workers failed to keep pace with both the food poverty line and the poverty datum line (PDL), thus reducing the workers to the “working poor”.

Currently, the PDL is estimated at almost $600.

The report noted another major challenge facing agriculture sector workers was the non-payment of wages.

It said some workers had gone for periods ranging from three months upwards without salaries.

“Employers cite reasons such as the challenging economic environment, while others with the capacity to pay are taking advantage of the excuse,” reads the report.

“For some workers, they are given their salaries piecemeal as the employers cite the liquidity crisis.”

Also cases of compulsory overtime work and overburdening of workers are rampant in all the subsectors, the report noted.

“A worker can only go home after completing the task given by the employer regardless of time required per day to complete the task.

“For some, they do not have clear contracts of employment and end up being unsure of their hours of work and exposing themselves to overtime work,” it said.

“Furthermore, due to rampant casualisation of labour in the sector, workers are subjected to irregular hours of work, and their working time is unpredictable and can be changed by the employer at any time.

“In some cases, the key informants noted that such overworking often leads to fatigue, which increases their vulnerabilities to workplace injuries and accidents.”

“Yes, we had a good season, but it has not improved. It’s not only workers who are feeling the pinch, also the employers. We have challenges of cash also,” he said.

“For the past three years, there was no salary increment because farmers had not been making profit,” he said. “This year it increased from $72 to $75 for the lowest paid worker and this is the amount farmers could afford to pay.”

He urged farmers to prioritise workers’ health by providing them safe working conditions.

The agriculture sector is the backbone of Zimbabwe’s economy as more than 70% of its population derives its livelihood from it, according to Chakanya. It contributes the highest figure in terms of the country’s wealth and employment.

In terms of employment, according to the Labour Force and Child Labour Survey released in 2014, the agriculture’s sector (including forestry and fishing) contributes about 67% of total employment.

The sector contributes about 15% to the country’s Gross Domestic Product.

Despite all this, workers in the sector are classified as “working poor”.