Cash shortages can only get worse 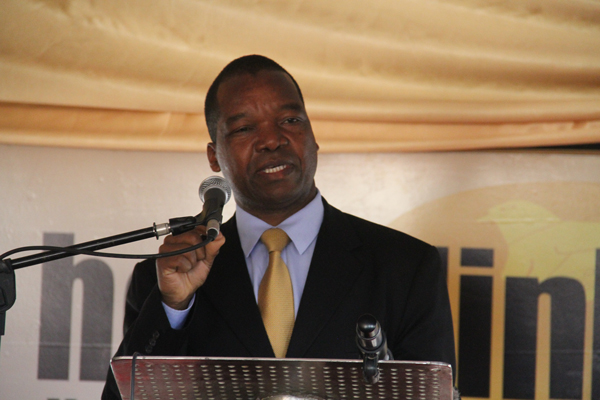 The announcement by the Reserve Bank of Zimbabwe (RBZ) that it will more than double its issuance of bond notes put paid to any hopes that the monetary authorities will one day come up with a lasting solution to the cash crisis that has haunted the country for almost two years now.

The announcement by the Reserve Bank of Zimbabwe (RBZ) that it will more than double its issuance of bond notes put paid to any hopes that the monetary authorities will one day come up with a lasting solution to the cash crisis that has haunted the country for almost two years now.

RBZ governor John Mangudya last week said the central bank had secured a $300 million loan from the Afreximbank so that it could print more of the local quasi-currency. That would bring the bond notes and coins in circulation to $500 million.

Zimbabwe introduced the bond notes in November last year under the guise of providing incentives to exporters but it has become clear that it was the RBZ’s way of dealing with the cash shortages.

Initially, the central bank used a $200 million facility from the same regional financial institution to print the bond notes but the chaos engulfing the banking sector shows that the intervention did not achieve the desired results.

The liquidity situation has actually worsened, with banks limiting daily withdrawals to as little as $20.

A parallel market trade in cash is thriving again — a chilling reminder of the painful days of the Zimbabwe dollar.

Mangudya’s monetary statement was keenly awaited by Zimbabweans who are struggling to get their money from banks, but the governor did not inspire any confidence with his promise to print more bond notes.

Companies are finding it increasingly difficult to operate because customers have no cash to buy their products.

According to former Economic Development minister Tapiwa Mashakada, Zimbabwe needs at least $1 billion in broad money supply, which means the $500 million would be a drop in the ocean.

Mangudya and his principals continue to bury their heads in the sand like ostriches when it comes to the currency conundrum.

The inescapable fact is that the cash shortages will never be solved as long as the economy is underperforming.

For the economy to operate at full throttle again, Zimbabwe needs to fix a lot of broken things, from the politics of the day to policies that chase away investors.

The country will hold crucial elections next year and the vibe already out there is that the polls will not be free and fair because the ruling party is only interested in retaining power.

Zanu PF treats elections as a ritual rather than a democratic process, hence its reluctance to give in to demands by the opposition for reforms before the polls.

The government also continues to trample on human rights and the country remains isolated because of governance shortcomings.

A top United States official last week said President Robert Mugabe belonged to an exclusive club of dictators that includes strongmen from countries such as Sudan, North Korea and Venezuela.

Such a tag is not good for a country that is hungry for foreign investment.

As if that was not enough, Mugabe’s government continues to blow hot and cold when it comes to economic reforms.

The indigenisation policies remain murky a year after Mugabe conceded that they were bad for business and committed himself to ensuring that they are clarified.

Under such circumstances, Zimbabweans cannot expect the liquidity challenges to go away anytime soon.

The monetary authorities have no clue what to do to end the cash shortages and a delinquent government only makes the situation worse.