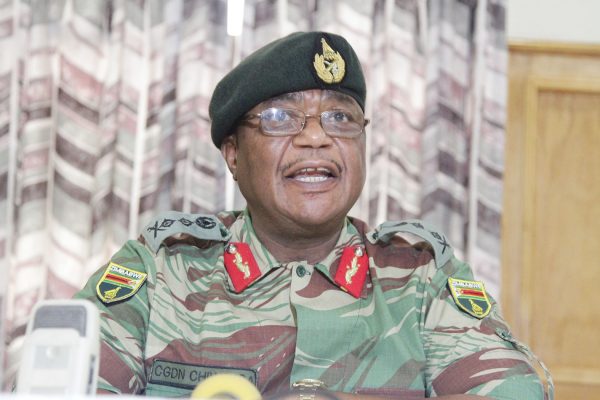 President Robert Mugabe’s refusal to listen to demands by the army to rein in his wife, who openly attacked the security forces, eventually led to his downfall, sources have revealed.

President Robert Mugabe’s refusal to listen to demands by the army to rein in his wife, who openly attacked the security forces, eventually led to his downfall, sources have revealed.

Grace accused the army of trying to grab power on behalf of former vice-president Emmerson Mnangagwa and even plotting to kill her children as far back as last year.

As late as a week ago, Mugabe was given a seven-day ultimatum by Zimbabwe Defence Forces commander Constantino Chiwenga to stop the purging of Mnangagwa’s supporters, the majority of them war veterans, sources said.

The 93-year-old did not only ignore the ultimatum, but also went on to fire Mnangagwa, triggering a chain of events that eventually led to him being put under house arrest last Wednesday.

Sources said army commanders were not happy with the increasing overbearing influence of the G40 faction fronted by Grace whom they regarded as an “ambitious political novice”.

“The rift dates back to February 2016, but the president was misled by loyalty from the army generals,” a source said. “Chiwenga had so much respect for the president but it is unfortunate that the old man did not reciprocate the same to his generals.

“He viewed their loyalty as being dull and it has come to haunt him today.”

The sources said seven days before Mugabe fired Mnangagwa, Chiwenga warned him to stop the purges.

“The tiff could be traced back to February 2016 when the military raised a red flag with Mugabe over the behaviour of his wife following her utterances at a rally in Chiweshe where she accused the army of plotting to bomb her dairy and kill her children,” the source added.

“The president was warned then that he must restrain his wife at a meeting held at State House in February “Commanders felt that she was belittling them but the president did nothing. it seems he took the soldiers for fools”.

In October, at a rally at Sakubva Stadium in Mutare, Grace said she was not afraid of being shot by the army and again this infuriated the commanders.

While opening the Empowerment Bank the same month, the first lady alleged that Mugabe had been threatened with death if a certain person did not succeed him.

She alleged the army was plotting a coup, and the commanders were not amused.

Her campaign against Mnangagwa and the military escalated ahead of the party’s extraordinary congress slated for December, where she led a push for the former vice-president to be dismissed from both the government and Zanu PF.

Mugabe obliged and sent Mnangagwa packing. A number of war veterans in government were also targeted for purging.

Besides his wife’s behaviour, the army was not happy that Mugabe did not reprimand Higher and Tertiary Education minister Jonathan Moyo, who had a go at Chiwenga early this year.

“The failure by the president to stop Moyo from attacking his army made it worse as the generals felt the president had sanctioned the attacks,” another source said.

“In politics, any president is as weak as the strength of the military as well as the respect accorded to them.

“If an army commander is attacked easily by a minister and the commander in chief fails to rein him in, it means the next target would be the entire force and the president failed to deal with this.”

Moyo’s constant attacks against command agriculture, which was championed by Air Force of Zimbabwe Commander Air Marshal Perrence Shiri and other generals, also angered the army.

Sources said Mugabe was briefed frequently but he did nothing, forcing the army to take drastic measures against him and his allies — most of whom are G40 faction members.

“There have been attacks on the army by [Patrick] Zhuwao who is Mugabe’s nephew and his uncle did not reprimand him,” a source added.

“One wonders if the president still needed the army or he was safe with his wife and G40 supporters.

“If any president loses the army, he would have lost his last line of defence.”

Mugabe, the sources said, was also trying to fire Chiwenga before attempts to arrest him last week.

“He had approached a number of generals to take over as commander of the defence forces and he had engaged police commissioner general [Augustine] Chihuri to arrest CDF for supporting Mnangagwa and standing against the vilification of war veterans,” a source said.

Mugabe did not respond directly to a statement by Chiwenga warning him to stop the purges and sent Zanu PF youth league secretary Kudzanayi Chipanga to chastise Chiwenga.

However, the straw that broke the camel’s back was Zanu PF spokesman Simon Khaya Moyo’s stinging statement accusing Chiwenga of treason.

Yesterday, sources said, Mugabe had realised that his time was up and was now pleading that the safety of his family be guaranteed and that he be given an opportunity to address Zanu PF supporters before he throws in the towel.