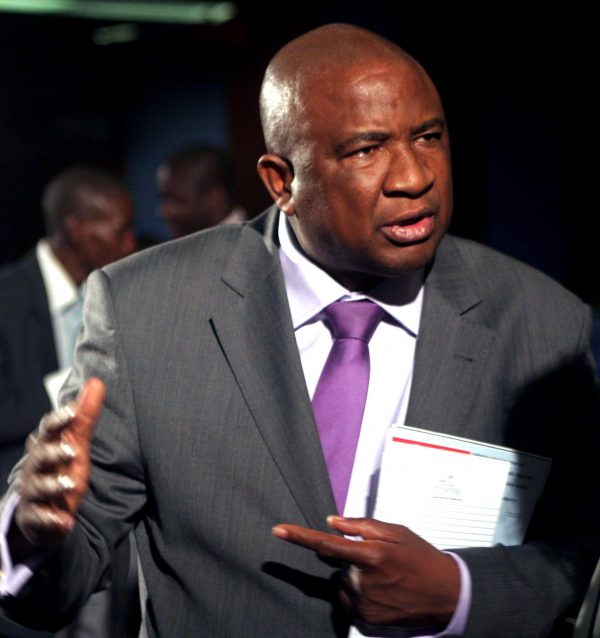 Former Zifa accountant Fabian Venganayi has accused under-fire Zifa president Philip Chiyangwa of attempting to bribe and blackmail him in a desperate bid to silence him as his nasty fight with the beleaguered domestic football governing body’s leadership escalates.

Former Zifa accountant Fabian Venganayi has accused under-fire Zifa president Philip Chiyangwa of attempting to bribe and blackmail him in a desperate bid to silence him as his nasty fight with the beleaguered domestic football governing body’s leadership escalates.

Venganayi made the allegations after rubbishing reports by some sections of the local media that he had asked for forgiveness from Chiyangwa, whom he has accused of engaging in corrupt activities since he assumed leadership of domestic football in December 2015.

The damning allegations by the former Zifa accountant were made in a letter authored on Friday and addressed to Sports and Recreation Commission (SRC) acting director general Joseph Muchechetere and copied to Sports minister Kazembe Kazembe, Fifa and the Parliamentary Portfolio Committee on Education, Sports, Arts and Culture.

“I’m a principled professional who sticks to what is upright and will not sell my soul no matter how desperate I may be.

For the record, I have nothing in common with the current Zifa leadership.

I have done absolutely nothing wrong to warrant clemency or amnesty from a leadership kicked out from rented premises in Bulawayo,” Venganayi fumed in the letter, a copy of which is in the possession of Standardsport.

“I never stole a cent from Zifa and my conscience is very clear on that one.

No amount of blackmailing by offering me money will move me from the stance that I have taken…that will not distract us from pursuing the greater good for Zimbabwean football,” he said.

Vanganayi wrote to the Zimbabwe Anti-Corruption Commission three months ago, asking the anti-graft body to investigate Chiyangwa over alleged corrupt activities since he assumed leadership of domestic football.

He accused Chiyangwa of involvement in acts of “corruption, fraud, misappropriation, abuse of power, misconduct and lack of good corporate governance” since taking over as Zifa boss from Cuthbert Dube.

The former Zifa employee, who has also written to the Fifa Ethics Committee, said he stood by his decision and the recent reports “only serve to confirm that what I have been fighting for all along is genuine and this illegal regime is really scared as time is running out”.

Meanwhile, Venganayi told the SRC that the recent Zifa annual general meeting [AGM] was illegal and he would be taking the matter to the courts.

“I maintain that the 17th of February 2018 Zifa AGM is null and void for the reasons that will be unveiled in my court challenge.

I maintain that the term of office for this current Zifa ends of the 29th of March, 2018 and that the Zifa constitution does not provide for an extension of term of office,” he said.