New conquests: Africa being taken over without a shot fired (Part 2) 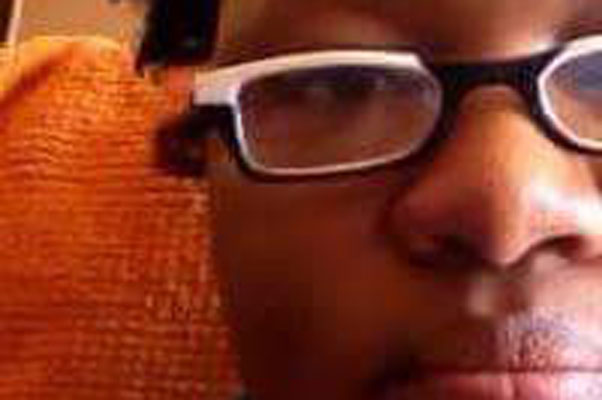 Last week in Part 1 of this installment, we talked about Kenya and the contraband of contaminated sugar, limiting biodiversity in Pondoland in South Africa and the corporatisation of cannabis cultivation and processing. with GLORia NDORO-MKOMBACHOTO The anecdotal evidence of how Africa is being taken over by subtle and new conquests continues to be overwhelming, […]

Last week in Part 1 of this installment, we talked about Kenya and the contraband of contaminated sugar, limiting biodiversity in Pondoland in South Africa and the corporatisation of cannabis cultivation and processing.

The anecdotal evidence of how Africa is being taken over by subtle and new conquests continues to be overwhelming, scattered and in abundance. Without a commitment by African governments to decolonise educational curriculums, root out corruption and consciously mobilise the masses for mindset changes, Africa will remain at the mercy of narrow legalistic conceptions of what freedom and self-determination is.

Africa is under threat, enabled by the mindless, selfish and greedy politicians we consciously choose into power. As we install these politicians in power, ourselves, the general populace equally become co-conspirators in our own demise and that of our beautiful continent.

Kenya’s government has been on a borrowing binge and as at July 2018, its public debt load has surpassed $50 billion with analysts enquiring how the country would be able to extinguish this debt in the long-term. China has now become Kenya’s largest lender with bilateral debt now standing at 72% up from 57% in March 2016.

A March 2018 piece written by Abdi Latif Dahir and Yomi Kazeem entitled, China is pushing Africa into debt, says: “US secretary of state Rex Tillerson has criticised China’s model of economic development in Africa, saying it encouraged dependency and denied governments long-term democratic growth.” Tillerson further stated that, “China used corruption and predatory loan practices to undermine African governments and mire them in debt. That was in contrast, he added, “to US efforts to bolster democratic institutions, strengthen the rule of law, and improve governance and long-term security goals.”

“Chinese investment does have the potential to address Africa’s infrastructure gap, but its approach has led to mounting debt and few, if any, jobs in most countries,” Tillerson said “When coupled with the political and fiscal pressure, this endangers Africa’s natural resources and its long-term economic political stability.”

In an October 2017, AIDDATA Working Paper 46, written by Axel Dreher, Andreas Fuchs, Bradley Parks, Austin M Strange and Michael J Tierney, entitled, Aid, China, and Growth: Evidence from a New Global Development Finance Dataset, Tonga provides another case in point. As “concessional loans from China account for 65% of the nation’s debt stock, and it will be difficult for Tonga to service these debt obligations. Despite high-level overtures to Beijing, former Tongan prime minister Lord Tu’ivakano was unsuccessful in having these loans converted to grants. Repayment of one loan set to begin in 2013-14 would have accounted for over 17% of government revenue. China recently agreed to defer repayments for five years, but the original 20-year loan term does not change, meaning that annual repayments will be larger when they begin in 2018-19. Pacific Island communities are wondering what will happen if they cannot repay.”

Beijing “encourages dependency using opaque contracts, predatory loan practices, and corrupt deals that mire nations in debt and undercut their sovereignty, denying them their long-term, self-sustaining growth,” said US Secretary of State Rex Tillerson in the March 2018 report stated above.

Particularly in Africa, Chinese aid has been blamed for propping up authoritarian regimes, constructing third-rate infrastructure built by imported Chinese workers and focusing mainly on countries with resources that China needs. The current leadership of those countries is, in essence, using Chinese “rogue aid” to mortgage the future generations of their countries with debt impossible to repay. What will China want in return is the question that begs an answer. In their exhaustive study, Dreher, et al, present a compelling research-based argument by several analysts highlighting that, “Chinese aid” will likely dampen the growth prospects of its recipient and borrower countries in any of the following scenarios:

First, if China finances unproductive, “white elephant” capital investment projects that deliver weak financial and economic returns, host governments may find it difficult to service their debts and cover their recurrent expenditures. They might also find themselves using more public funding than would otherwise be necessary to rehabilitate infrastructure that has fallen into a state of disrepair.

Second, if a host government contracts excessive amount of debt through Chinese loans, it could deter foreign investment.

Third, a host government that has taken on a high level of Chinese debt might experience foreign exchange shortages, which can lead to import shortages and constrain export growth.

Fourth, unsustainable debt levels can lead to expectations of inflation and exchange rate depreciation. Any or all of these factors could reduce economic growth.

Many African countries, including Zimbabwe are showing symptomatic signs of all of these scenarios.

Many new voices are emerging, questioning “that China should work to bring other countries into their investment programmes to spread debt more equally, and adopt stricter standards and more transparency about how sustainable its support for developing economies really is. Some countries aren’t waiting on China to take action.Pakistan and Nepal turned down Chinese infrastructure loans turned down last year in favour of other sources of funding, according to a 2017 Quartz Media Report written by Llaria Maria Sala, entitled, More neighbours are saying “no thanks” to Chinese money — for now.

The potential for African economies is undoubted

With a commitment to stamping out corruption, upholding the rule of law and creating an enabling environment for business, the International Monetary Fund “projects that Africa will be the world’s second-fastest-growing region in the period to 2020.” In a Mckinsey Global Institute report entitled, Lions on the move II: Realising the potential of Africa’s economies, published in September 2016, Africa’s economic growth is creating substantial new business opportunities that are often overlooked by global companies. Today the rate of return on foreign investment in Africa is higher than in any other developing region. The rise of the African urban consumer also will fuel long-term growth. In addition, “…spending by Africa’s consumers and businesses already totals $4 trillion annually, and is growing rapidly. Household consumption is expected to grow at 3,8% a year to total $2,1 trillion by 2025. African businesses are an even larger spender. From $2,6 trillion in 2015, business spending is expected to increase to $3,5 trillion by 2025.”

The McKinsey report emphasises that “Africa could nearly double its manufacturing output to $930 billion in 2025 from $500 billion today, provided countries take decisive action to create an improved environment for manufacturers. Three-quarters of that potential could come from Africa-based companies meeting domestic demand; today, Africa imports one-third of the food, beverages, and other similar processed goods it consumes.”

But, while the potential that Africa offers is undoubted, the question remains: will it be achieved? Mckinsey suggests that, “Businesses and governments will need to work harder to capture the opportunity. Africa is home to 700 companies with annual revenue of more than $500 million, including 400 with annual revenue above $1 billion, and these companies are growing faster and are more profitable than their global peers. But Africa needs more of them. It has a lower number of large companies — and they are smaller on average — than one would expect given the corporate landscapes of other emerging regions.”

In order to mitigate against new conquests, corporate Africa has a major role to play. Instead of embedding itself with corrupt governments, one of the solutions available is for corporate Africa to scale up its performance to make the most of these opportunities presenting themselves on the continent. While “the top 100 African companies have forged their success by building a strong position in their home market before diversifying geographically,” McKinsey argues, they must adopt a long-term perspective, integrate what they would usually outsource, target high-potential sectors with low levels of consolidation, and invest in building and retaining talent.

l Gloria Ndoro-Mkombachoto is an entrepreneur and regional enterprise development consultant. Her experience spans a period of over 25 years. She can be contacted at totemshumba@gmail.com