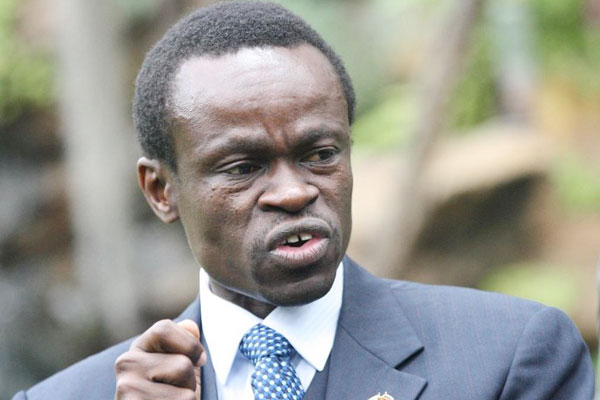 GREAT-grandchildren of Zimbabwe will inherit billions of dollars in debt consumed today by the current generation, which is being led by visionless and greedy leaders, renowned African scholar Patrick Lumumba has said.

GREAT-grandchildren of Zimbabwe will inherit billions of dollars in debt consumed today by the current generation, which is being led by visionless and greedy leaders, renowned African scholar Patrick Lumumba has said.

In a presentation under the topic, Corruption and business ethics at the Institute of Chartered Accountants of Zimbabwe winter school held in Victoria Falls recently, Lumumba said African leaders had failed the continent because of their lack of vision.

“Norway, which all of us know is a little country with a population of no more than 10 million,” he said, “that country, as we speak now, has a sovereign wealth fund of $1 trillion.

“So then notionally, if we are to divide that money among the Norwegians, each Norwegian will receive about $190 000, and if we are to go further, you discover that even children who are yet to be born when they are born would possibly receive something and even those who will be born later in 50 years’ time.

“Why? It is because we have allowed our institutions not to function.”

According to Eddie Cross, an economist, Zimbabwe’s national debt as at 2016 stood at around $30 billion.

On top of that, compensation owed to commercial farmers who were forced off their land stands at about $10 billion, he said in an article submitted to the Zimbabwe Economics Society recently.

Lumumba said the fault was with individuals that the people had allowed to preside over national institutions.

Lumumba also said Africa as a continent did not have leaders but “dealers” who have killed their nations through corruption and lack of vision.

“There is a shortage of them . . . There are only dealers in Africa and these dealers are the ones to whom we have entrusted with leadership and when we expect them to provide leadership, we are deluding ourselves because they can’t

“So we give them time and we tell them you will grow into the thing they can’t grow into. They are stunted because they are goats and we expect them to become cows.”

As such, Lumumba said, those leaders tended to affect the entire arrangement including business because the business environment and businesspeople thrived on an environment where there was governance.

“That’s the problem of the typical African states. They have no vision. Therefore, they can never get lost. Whenever they are, that is where they are going,” he said.

“The typical African leader is a politician. The politician thinks of the next election. They want things to ripen quickly.”