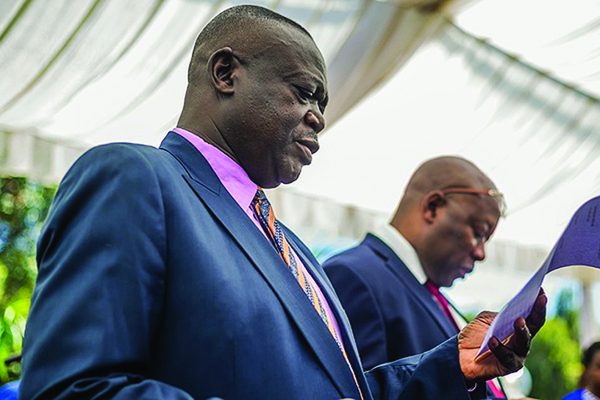 Shiri told thousands of Guruve villagers on Friday that the military had a duty to bring law and order where police would have failed. He said Zimbabweans must live peacefully and try to grow their economy in a non-violent environment.

“I heard others asking why the soldiers had to intervene,” the retired chief air marshal said.

“You want to burn Harare while the soldiers are folding hands so that it is destroyed and we are left with a ruin? There is nowhere in the world where that thing has happened. Every country needs peace and if there are riots police are called in but if they fail or are overpowered, soldiers will be called to douse the fire.”

He added: “There is no one who regrets why the military was called to control the situation because we could have lost a number of lives and much more on valuable properties. Can we allow for a free-for-all situation where police stations are raided and people steal their weapons?”

Shiri said those who participated in the riots must be prepared to face the music.

He said disgruntled people should find other avenues to raise their concerns such as Parliament, peaceful demonstrations or engaging the government. Shiri said Somalia was stripped into ruins by chaos.

“Countries such as Somalia didn’t wake up in their current situation. It all started small but went on to be prevalent. I once went to Somalia, their capital Mogadishu is like a ruin. The infrastructure is vandalised,” he said.

“Our Great Zimbabwe is in some degree of order. It reflects some degree of modernity as compared to Mogadishu. Therefore, let us not allow ourselves to take our country to that route. We have constitutional means to follow if we have grievances.”

Shiri said the leadership was busy trying to engage other countries to find ways to help the country while others were destroying it.