Gold worth billions smuggled out of Africa 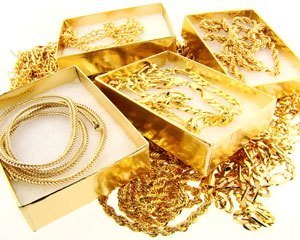 NAIROBI — Billions of dollars’ worth of gold is being smuggled out of Africa every year through the United Arab Emirates in the Middle East — a gateway to markets in Europe, the United States and beyond — a Reuters analysis has found.

NAIROBI — Billions of dollars’ worth of gold is being smuggled out of Africa every year through the United Arab Emirates in the Middle East — a gateway to markets in Europe, the United States and beyond — a Reuters analysis has found.

Much of the gold was not recorded in the exports of African states. Five trade economists interviewed by Reuters said this indicates large amounts of gold are leaving Africa with no taxes being paid to the states that produce them.

Previous reports and studies have highlighted the black-market trade in gold mined by people, including children, who have no ties to big business, and dig or pan for it with little official oversight. No one can put an exact figure on the total value that is leaving Africa. But the Reuters analysis gives an estimate of the scale.

Reuters assessed the volume of the illicit trade by comparing total imports into the UAE with the exports declared by African states. Industrial mining firms in Africa told Reuters they did not send their gold to the UAE “indicating that its gold imports from Africa come from other, informal sources”.

Informal methods of gold production, known in the industry as “artisanal” or small-scale mining, are growing globally. They have provided a livelihood to millions of Africans and help some make more money than they could dream of from traditional trades. But the methods leak chemicals into rocks, soil and rivers.

And African governments such as Ghana, Tanzania and Zambia complain that gold is now being illegally produced and smuggled out of their countries on a vast scale, sometimes by criminal operations, and often at a high human and environmental cost.

Not everyone in the chain is breaking the law. Miners, some of them working legally, typically sell the gold to middlemen.

The middlemen either fly the gold out directly or trade it across Africa’s porous borders, obscuring its origins before couriers carry it out of the continent, often in hand luggage.

For example, Democratic Republic of Congo (DRC) is a major gold producer but one whose official exports amount to a fraction of its estimated production: Most is smuggled into neighboring Uganda and Rwanda.

“It is of course worrisome for us but we have very little leverage to stop it,” said Thierry Boliki, director of the CEEC, the Congolese government body that is meant to register, value and tax high-value minerals like gold.

The customs data provided by governments to Comtrade, a United Nations database, shows the UAE has been a prime destination for gold from many African states for some years.

In 2015, China “the world’s biggest gold consumer “imported more gold from Africa than the UAE. But during 2016, the latest year for which data is available, the UAE imported almost double the value taken by China.

With African gold imports worth $8,5 billion that year, China came a distant second.

Most of the gold is traded in Dubai, home to the UAE’s gold industry.

The UAE reported gold imports from 46 African countries for 2016. Of those countries, 25 did not provide Comtrade with data on their gold exports to the UAE. But the UAE said it had imported a total of $7,4 billion worth of gold from them.

“There is a lot of gold leaving Africa without being captured in our records,” said Frank Mugyenyi, a senior adviser on industrial development at the African Union who set up the organisation’s minerals unit. “UAE is cashing in on the unregulated environment in Africa.”

Not all the discrepancies in the data analysed by Reuters necessarily point to African-mined gold being smuggled out through the UAE. Small differences could result from shipping costs and taxes being declared differently, a time-lag between a cargo leaving and arriving, or simply mistakes. And gold analysts say some of the trade, especially from Egypt and Libya, could include gold that has been recycled.

But in 11 cases, the per-kilo value that the UAE declared importing is significantly higher than that recorded by the exporting country. This, said Leonce Ndikumana, an economist who has studied capital flows in Africa, is a “classic case of export under-invoicing” to reduce taxes. Matthew Salomon, an American economist who has researched the use of trade statistics to identify illicit financial flows, said the issue deserves scrutiny. “Persistent discrepancies in the trade of particular goods and between particular countries … can identify significant risks of illicit activity,” he said.

Over the past decade, high demand for gold has made it attractive for informal miners to use digging equipment and toxic chemicals to boost the yield. Contaminated water is returned to rivers, slowly poisoning the people who need the water to live.

Small-scale miners have long used mercury — easy to buy at around $10 for a thumb-sized vial — to extract flecks of gold from ore, before sluicing it away. Mercury’s toxic effects include damage to kidneys, heart, liver, spleen and lungs, and neurological disorders, such as tremors and muscle weakness.

Cyanide and nitric acid are also being used in the process, according to researchers and miners in Ghana.

Industrial mining companies have also been responsible for pollution, ranging from cyanide spills to respiratory problems linked to dust produced by mining operations. But almost a dozen states including DRC, Uganda, Chad, Niger, Ghana, Tanzania, Zimbabwe, Malawi, Burkina Faso, Mali and Sudan have complained in the past year about the harms of unauthorised mining.

Burkina Faso has banned small-scale mining in some areas where al Qaeda-linked Islamists are active, and earlier this month Nigeria’s government suspended mining in the restive northwestern state of Zamfara, saying intelligence reports established what it called “a strong and glaring nexus” between the activities of armed bandits and illicit miners. —Reuters