Zimbabwe runs out of wheat 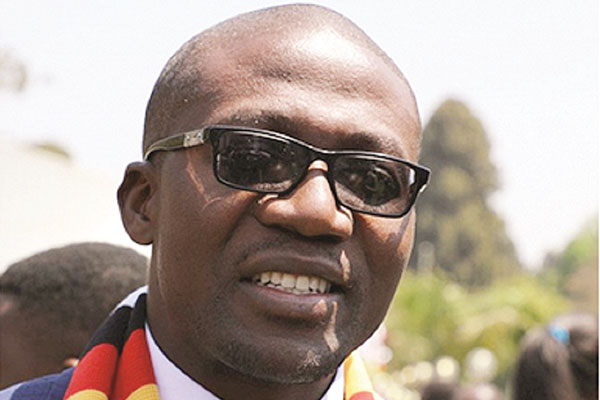 Zimbabwe has run out of wheat and bakeries in the country may soon not be able to produce bread.

Zimbabwe has run out of wheat and bakeries in the country may soon not be able to produce bread.

One of the leading bakeries has suspended operations and other major players are holding their breath unsure if they will be able to weather the storm and stay afloat in the face of rising costs.

Like with many other basic commodities, bread prices have gone up more than three times this year alone as the economy degenerates, but government says the situation has been caused by cartels that enjoy monopolies in the industry.

Industry and Commerce minister Mangaliso Ndlovu suggested that the shortages were artificial and declared war against the alleged cartels.

“Lobels indicated to me yesterday (Wednesday) that they were not getting flour and I asked them ordinarily where they get it from because how can it just be Lobels who is not getting flour whereas everyone else is getting it? Unless it is their sector issues or wars you never know. So I do not know because I did not get the same from Bakers Inn, I did not get the same from Proton”.

“That is the reason why we want GMB (Grain Marketing Board) to be heavily involved because the big players use these kinds of advantages to wheel off competition and it is not right. So I do not think it is necessarily an issue of shortages because there is wheat. I think there are other issues that they will not easily spell out. That is how I took it.

“I think I have made myself clear about the war we are declaring on monopolies. They are not good for the economy. National Foods own Bakers Inn, so they have the largest stock of wheat from private players and it obviously means that they can control who gets it, but I don’t know if that is the case, to be honest.

“There is no wheat shortage really. It is just that we have supplies that are on their way, coming in. We have enough stock for almost two months, but they are expecting the wheat deliveries this coming week.”

According to the National Bakers’ Association of Zimbabwe (NBAZ) market survey of 2017, the three biggest bread players on the market, namely Bakers Inn, Proton and Lobels, control 95% of the market.

Even during the best of times Zimbabwe produces just a third of its wheat requirements estimated at between 350 000 and 400 000 tonnes yearly, relying on imports from as far as Russia, Ukraine and Canada, but as a pressing shortage of foreign currency in the southern African country intensifies, the situation has become even direr.

Zimbabwe’s economy is bleeding, characterised by shortages of everything, including fuel and electricity.

A local currency introduced in February has devalued by 140% to trade at 6:1 to the greenback as of Friday, while inflation is soaring, eating into consumers’ purchasing power.

Most retail shops price their products in USD to avoid the burden of changing price tags several times in a day.

In recent months the Consumer Council of Zimbabwe (CCZ), a lobby group which tracks the prices of goods on a monthly basis, has not been able to publish its famous consumer family basket report because of the constantly changing prices.

“I think we are looking at +/- RTGS$1 000 (ZAR2 470)… What we noticed is happening now is people are now pricing their goods in foreign currency, the US dollar, at whatever rate is there,” CCZ chairperson Philip Bvumbe said.

“If you check the queues in the shops, you see lines that are long, but these are people who are buying basics whose prices they expect might rise. Like when there was a shortage of sugar you saw long queues of people buying sugar in anticipation of the increase, so once there is wind that a certain product is going to go up, people will go there to try and hedge to buy in advance before the price is increased,”

A survey done by Standardbusiness showed that the total of these items comes to RTGS$165,95 or ZAR409.89 but in neighbouring South Africa, these same 16 items cost ZAR512.27.

The famous Streetwise by KFC which consists of three pieces of chicken and chips, costs US$5,50 (ZAR81.33) while in South Africa it costs US$3,36 (ZAR$49,90), showing that the purchasing power parity (PPP) in the former is lower than the latter.

According to Statistics in South Africa, the average worker gets paid ZAR21 190 per month. Comparatively, in Zimbabwe, the average monthly salary is RTGS$600 or ZAR1 482.

As such, for the Zimbabwean the cost of basic goods consumes 27,65% of monthly earnings while for workers in South Africa it consumes just 2,41%.

Economic Development Research Institute of Zimbabwe director Godfrey Kanyenze said salaries were lagging behind prices and that those wages could no longer keep up with the current cost of living.

“So they can no longer buy the same commodities they used to buy and as you know basically the price adjustments are happening on a daily basis, especially with respect to the RTGS dollar.