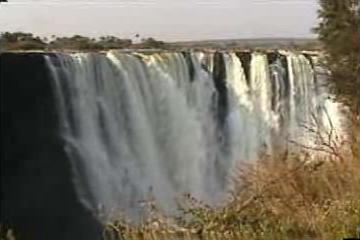 Members of Parliament will gobble over $5 million in allowances and expensive accommodation in Victoria Falls where they are holding a 2020 pre-budget seminar, it has been revealed.

Members of Parliament will gobble over $5 million in allowances and expensive accommodation in Victoria Falls where they are holding a 2020 pre-budget seminar, it has been revealed.

The Victoria Falls jaunt comes at a time when the government has been failing to end a two-month strike by doctors that has virtually shut down public health centres.

It also being held in the backdrop of Finance minister Mthuli Ncube’s austerity measures that are meant to curtail runaway government expenditure.

The MPs started trooping into Victoria Falls last Wednesday and will spend at least five days in the resort town. They are booked at the five-star Elephant Hills Hotel.

According to Parliament insiders, the travel and accommodation bill for MPs and other delegates that are attending the seminar will not be less than $5 million.

At least US$500 000 will be spent on accommodation for the five days for the 350 legislators. Elephant Hills charges $248 per night for a single guest.

MPs from Masvingo and Matabeleland were given fuel coupons so they could drive to Victoria Falls while legislators from other provinces flew from Harare.

An MP who spoke on condition of anonymity said they were paid $3 200 in per diems ahead of the seminar. This means that more than $1 million will be splashed on per diems for conference delegates.

MDC secretary-general Chalton Hwende yesterday defended his party’s participation at the seminar despite the costs, saying there was no way they could have boycotted.

“Pre-budget seminars are always held out of Harare and we can’t boycott the budget process because we must fight and ensure that it is pro-poor,” he said.

“If you look at the quality of debate that we raised at the seminar and the issues that we brought to the fore on behalf of our constituencies, you will realise that it was more than important for us as MPs elected on an MDC ticket to be there.”

Zanu PF chief whip, Pupurai Togarepi said MPs had only been given part of their allowances for attending the seminar.

“I am not privy to comparative costs at other centres but the work done during this retreat is essential to the supervisory role of Parliament,” he said.

“As of lavish spending I have no evidence, but what I am aware of is that members received only part of their allowances. So maybe members have their own resources.

“I am not aware of the figures as to what was spent but the budget consultation process cannot be avoided.”

Godfrey Kanyenze, a Harare-based economist said while the budget seminar was important, MPs must demonstrate that the money spent on the process was going to good use.

“The issue is that while MPs have been going to the Victoria Falls resort every year, we are in this mess because results based management is not being implemented,” he said.

“If MPs were really doing their work in terms of oversight, then people would not be raising issues of them being spendthrifts.

“People are raising those issues because they are experiencing difficulties and Parliament has not been providing solutions.”

Christopher Mugaga, another Harare-based economist, said it was likely that the seminar was bankrolled by donors.

“I want to believe that the sources of these funds are being donors,” he said.

“Secondly, Harare is not Zimbabwe and so where do people want MPs to go because not all MPs are based in Harare.

“They always travel to Harare and book at hotels for Parliament sittings.

“The country is struggling, but the issue that MPs flew to a resort to discuss an important issue like the 2020 budget should not cause alarm.

“As a country, let us grow beyond that because even headmasters of schools do go for workshops at Elephant Hills.

“Things are very tough in the country, but it is not wastage of money for MPs to go to Victoria Falls.

“In fact, what is wastage of money by MPs is for them to come all the way to Harare to sing songs in Parliament.”

Ncube is expected to unveil the 2020 budget on November 14.