The birth of national convergence platform 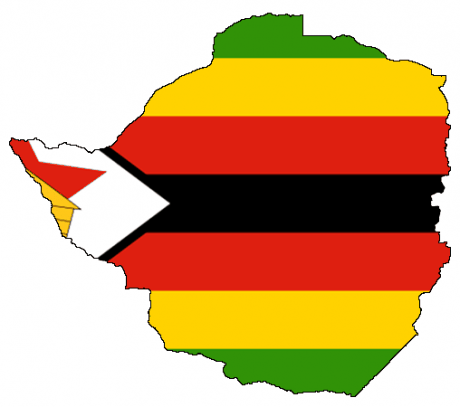 On December 13, 2019, the National Convergence Platform (NCP) was successfully launched in Harare at Kentucky Hotel in Hatfield, Harare.

On December 13, 2019, the National Convergence Platform (NCP) was successfully launched in Harare at Kentucky Hotel in Hatfield, Harare.

The event was marked by a colourful church session led by the Zimbabwe Heads of Christian Denominations (ZHOCD) through a powerful and flowing liturgy.

The event was attended by over 1 200 delegates drawn from all districts of Zimbabwe.

Provincial consultative meetings spearheaded by the ZHOCD in all the 10provinces served as a build up to the launch.

The content of the address was shaped by the working group in the consultations leading to the launch.

In the address, Mtata traced the NCP to the various national convergence in the past.

He showed the role the church had played in these nation building processes since 1979 when Reverend Murombedzi Kuchera, former ZCC general-secretary and Bishop JC Shiri, the former ZCC president provided pastoral support to the Lancaster House processes (they were present at Lancaster, not as delegates).

The two were also at the launch. It was an emotional moment when Mtata requested the two leaders to stand for the delegates to see them.

Mtata also highlighted the role played by the late Reverend Canaan Sodindo Banana in brokering peace between Zanu-PF and PF Zapu leadership in 1987.

He also traced the role of the church during the development of the current constitution having proposed some key reforms through the Zimbabwe We Want Discussion Document of 2006.

He further traced the establishment of the Zimbabwe Coalition on Debt and Development as well as the Youth Empowerment and Transformation Trust and the broader role of the church in shaping the development of civil society in Zimbabwe and influencing nation building processes.

In his address, whose theme remained “Are we in the right direction?” Mtata pointed out that due to this history, the current NCP initiative was not a new invention but was building on past attempts on convergence.

The NCP in particular was initially mooted by several people led by Bishop Sebastian Bakare and others in 2015.

People like journalist Maggie Muzumara and former Justice minister Eric Matinenga, who were part of that initial attempt, also attended the launch.

The current NCP was born following the October 2019, ZHOCD pastoral statement in which the church leaders proposed the Sabbath rest.

This was a proposal for the nation to consider suspension or postponement of all forms of political contestations to allow for the fulfilment of all key reforms in the humanitarian, political, social and economic areas.

In that call, the church leaders wanted a period of rest (the significance of the Sabbath) for the citizens.

How that Sabbath period run would be an outcome of a structured national dialogue leading to a referendum.

The Sabbath proposal was received with mixed feelings. While the church leaders were analysing the feedback, they were encouraged by the dialogue the Sabbath call had triggered. It was at that moment that other stakeholders in the civil society, professional bodies, and academia realised the value of the Sabbath call and sought to structure convergence around its key proposals.

Subsequent meetings led to the idea of national convergence among non-political actors for an inclusive, broad based and comprehensive national dialogue.

The dialogue would be inclusive, through the involvement of all stakeholders from the grassroots, the organised society and the political actors.

It would be comprehensive by addressing all the deficiencies in our constitutional democracy, economic exclusivity and societal fragmentation in a more holistic approach.

The NCP was, therefore, established as the space for all non-political actors to contribute to the national reimagination process on the basis of unity, justice and prosperity for all Zimbabweans.

* The NCP, having been launched will gather the nation together towards addressing the current emergency issues as well as long-term dialogue. Our health and education sectors need urgent attention. And the nation is under serious threat from food insecurity. These will be part of the NCP targets.

* The NCP will also contribute to agenda-setting for long-term solutions that the country needs.

* Thirdly, the NCP will mobilise all citizens towards a comprehensive and inclusive national dialogue process at all levels ( grassroots, organised society and policy actors).

* The NCP will establish a mutually agreed monitoring framework that will become the basis for ensuring the implementation of national dialogue process outcomes.

Mtata concluded his address by indicating that through the NCP, Zimbabweans will now say “this is the Zimbabwe that we have always wanted” and not to continue asking “are we in the right direction?”

Reverend Kennedy Gondongwe presided over the signing ceremony for the NCP. A momerandum of association (MOA) was signed by the following representative apex bodies:

Many more apex bodies (over 10 bodies working on elections, education, business, youth, women, labour and legal issues) including Nango, Women’s Coalition of Zimbabwe, Zimbabwe Congress of Trade Unions , Law Society of Zimbabwe, many business associations, Nayo and others who signalled interest were allowed time to consult with their constituencies before signing up for being part of the platform