The growth of the concept of devolution in Zim 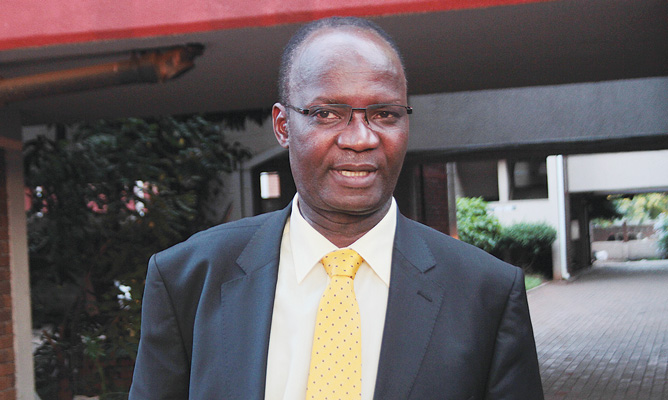 The contemporary development of the concept of devolution in a post-independent Zimbabwe dates back to the late 1980s immediately after the signing of the so-called Unity Accord in 1987.

The contemporary development of the concept of devolution in a post-independent Zimbabwe dates back to the late 1980s immediately after the signing of the so-called Unity Accord in 1987.

The signing of the Unity Accord between PF Zapu and Zanu PF opened up the democratic space that allowed relative freedom of association and speech to take place. This window of opportunity saw the emergence of numerous political pressure groups and civil society organisations in various shapes and forms.

Among the political pressure groups that operated in Matabeleland was the Open Forum which was championed by the likes of Agrippa Madlela, Dr Themba  Dlodlo, Havana, the late Philimon Mabuza, the late Sipho Magonya, the late Mthandazo Ndema Ngwenya and many others. Although young, I was privileged to have been associated with such a group of eminent persons endowed with vast political knowledge and experience. However,  it is prudent at this juncture to mention that there are so many claims about the introduction of devolution in our political  space in an independent Zimbabwe. However, I can argue that as far as I know and remember, there was no political party publicly advocating for devolution until the emergence of the Bulawayo-based Open Forum. Perhaps this explains why devolution sceptics will naively view it as tribalistic and a Matabeleland thing designed to benefit its people only. Conversely, devolution will benefit all the provinces equally without an exception as they will have freedom to craft their development trajectory and have power to manage and control their natural resources.

The Open Forum was primarily founded to provide a political platform and political voice for the politically marginalised people of Matabeleland, the majority of whom felt abandoned and betrayed by PF Zapu when it succumbed to Zanu PF political pressure to disband and join Zanu PF. Influenced by the late Chief Khayisa Ndiweni’s Federalist Party’s political philosophy of federalism during the pre-independent era, it initially adopted federalism as an alternative system of governance in Zimbabwe that could resolve the deadly political impasse that obtained between Mashonaland and Matabeleland. Simultaneously, the Open Forum began to seriously consider the concept of devolution as an option in the event that federalism was not acceptable nationally. The Open Forum conveners organised a series of public meetings in and around Bulawayo soliciting views of the ordinary people about the political future of Matabeleland and the way forward. Also, there was intense and extensive debate on the federalism and devolution policies during the public meetings conducted.  The  growing cry for the formation of  an inclusive,  non-tribal political party to compete with the dominant Zanu PF  become louder and needed urgent attention. This meant that the Open Forum needed to adopt a new political paradigm shift and accommodate views and concerns from other parts of the country.

The emergence of the Forum Democratic Reform Trust onto the political landscape tremendously influenced the debate more in favour of devolution than federalism. And it became apparent that the chances of federalism being embraced by the other democratic forces nationwide were very slim, hence our adoption, as the Open Forum, of devolution of power as an alternative system of governance.  At the same time,  the discussions about the  possibility of cooperation between the Open Forum and the Forum Democratic Reform Trust were progressing very well.  One thing that had stalled the finalisation of a possible merger was policy differences in particular on the adoption of federalism or devolution  as a preferred national policy for the proposed new political vehicle. On the contrary, the Forum Democratic Reform Trust wanted the new political vehicle to keep the existing unitary system of governance. After extensive debate by the two Forums’ structures  on the most  appropriate governance system, we eventually agreed to adopt a much more  moderate one, devolution. Our view of devolution was similar to the one which is practiced in the United Kingdom where you have Wales, Scotland and Northern Ireland with legislative, executive and judiciary authority in their respective  countries. Eventually, the new political entity resolved to adopt the  policy of devolution of power as a preferred national governance system in the event we win state  power.

Once the policy issues were ironed out and agreed by both parties,  it then paved way for the amalgamation of the two Forums to form a political party  known as the Forum Party of Zimbabwe, which was led by the late Justice Enoch Dumbutshena. In essence, the Forum Party of Zimbabwe become the first political party in Zimbabwe to publicly advocate for the devolution system of governance in the early 1990s. Exactly, 10 years after the call for the adoption of federalism by Chief Khayisa Ndiweni’s Federalist Party, devolution emerged as a compromise between the federalist and the pro-unitary advocates. Going forward,  devolution remained the core policy that defined the character of the Forum Party of Zimbabwe until its split and subsequent demise in the  political arena.