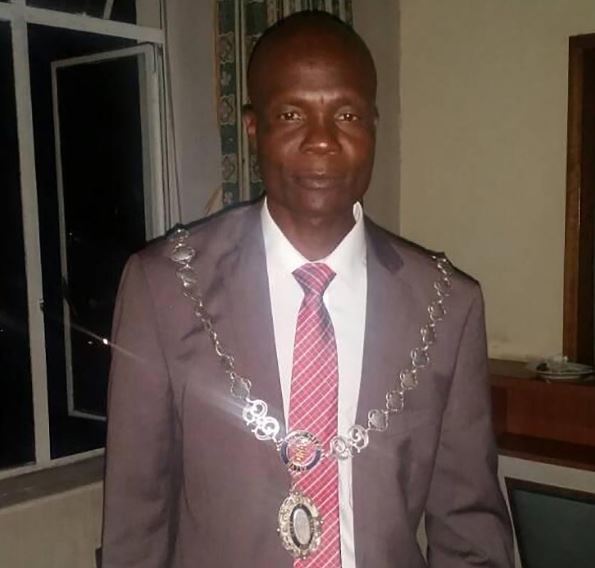 Gweru councillor Josiah Makombe has accused the government of scuttling the city’s efforts to engage the European Union (EU) to explore funding opportunities after the bloc’s envoy was blocked from meeting councillors.

Gweru councillor Josiah Makombe has accused the government of scuttling the city’s efforts to engage the European Union (EU) to explore funding opportunities after the bloc’s envoy was blocked from meeting councillors.

Officials from Mavhima’s office are said to have phoned the mayor a few minutes before the scheduled meeting with Olkkonen saying the government had not cleared the engagement.

After the meeting was aborted, Olkonnen visited Mavhima’s office at the New Government Complex in a bid to persuade the government officials to let the meeting proceed to no avail.

“Everything had been set for the meeting and actually all councillors had taken their seats in the parlour waiting for arrival of the EU ambassador,” Makombe said.

“However, I got a call informing us that that the meeting had not been cleared.

“It was shocking. We had planned to reach out to the EU for funding of critical projects such as revamping our water system and revival of self-help projects for vulnerable members of our city.”

During his visit to Gweru, Olkkonen toured Whawha prison to assess conditions at the facility.

Sources told Sunday Southern Eye that the government feared the EU would facilitate funding for projects and boost the profile of the MDC Alliance-led council.

Nick Mangawana, the Information ministry’s permanent secretary, said government blocked the meeting because it was not cleared by the Foreign Affairs ministry.

“Senator Mavhima did not have any communication from our ministry of Foreign Affairs requesting a meeting with ambassador Olkkonen,” he said.

“Hon Senator Mavhima only received written communication from the Ministry of Foreign Affairs stating that the ambassador was visiting an EU-funded project at the (Midlands State University) and another at Whawha prison.”

Mangwana said Mavhima could not meet the envoy at his offices because he had another engagement.

“It is also correct that ambassador Olkkonen did appear at the minister’s office without prior arrangement and unfortunately the minister could not see him as he was caught up in another pressing engagement,” he said.

“Councillor Makombe is a reasonable man who works well with his minister of state and his political affiliation would not colour their interaction.

“In future to avoid these situations, the Foreign Affairs ministry should always be put at the centre of these interactions as per agreed protocol.”

However, Gweru Urban MP Brian Dube said the government’s move to block the meeting was not justified.

“A meeting with the EU ambassador was important and crucial for Gweru,” Dube said.

“The stopping of the meeting by the minister is not surprising to me. Zanu PF and its officials are enemies of development.

“They are against everything good for the people.

“They are the archbishops of poverty, suffering, and underdevelopment of Gweru.”

“The priest of Baal called Zanu PF is the reason why Zimbabwe is suffering and they enjoy it when the city of Gweru is stagnant or regressing.”