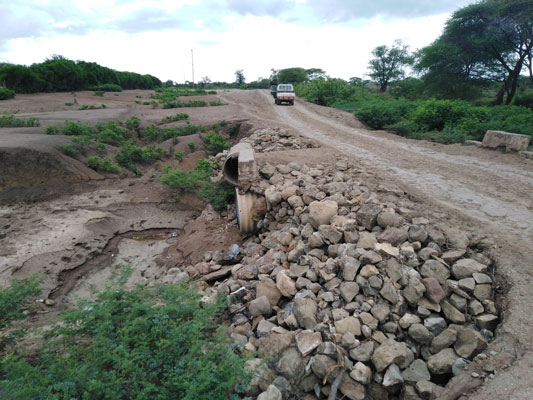 At the age of 31, Trust Sihambi has never been to a city and for the better part of his life he has been confined to the Simchembu area in Gokwe North where he was born.

At the age of 31, Trust Sihambi has never been to a city and for the better part of his life he has been confined to the Simchembu area in Gokwe North where he was born.

He knows no other place better than his village, which his forefathers occupied 63 years ago after they were forcibly removed from the ecologically rich Zambezi River plains to pave way for the construction of Kariba dam.

While his ancestors would cultivate alluvial soils on the plains of the Zambezi River before their relocation inland, Sihambi has had to clash with his peers over land.

Faced by an unprecedented population growth, villagers in Simchembu who rely mostly on farming, have to do with the petite arable land at their disposal, compelling many to encroach into the game reserves.

Apart from the shortage of land, the villagers feel the government has neglected them over the years, claiming their area was the least developed of the 36 wards in Gokwe North in the Midlands province.

“The biggest challenge is that we don’t have land to grow our crops and we are forced to intrude into game reserves,” Sihambi told Sunday Southern Eye.

“For some of us, we know no other place than here. We rely mostly on farming and we need more land to grow crops and feed our families.”

According to village head Samson Siyamutenge, when their forefathers moved into the area in 1957, land was enough for the original settlers in the nine villages.

“When our fathers came here, they had enough land because they were a small group,” Siyamutenge said.

“However, due to population growth coupled by inter-ethnic marriages, we have grown into a bigger community.

“We rely on farming, but land is fast running out, forcing our children to encroach into game parks.”

The traditional leader, who also bemoaned his community’s neglect by government, said the shortage of land was threatening development.

“Most of our children have nothing to do because there is no land.

“If they had pieces of land to farm, they would be helping with development of the area,” he said.

“On the other hand, we are neglected. There has been no meaningful development in the area over the years.

“There is no proper infrastructure and when it rains, the roads are impassable, thereby retarding development.”

Councillor for ward 31 (Simchembu 1) Mazhambe Sibanda concurred with Siyamutenge saying they were now appealing to the government to allow them to encroach into the game parks.

“The biggest challenge we have in Simchembu 1 is that of land. We don’t have land to farm and our children are idle because they have nothing to do,” Mazhambe, an MDC councillor said.

“We have approached the authorities that they allow us to encroach 10km into the game parks to open up space for farming and grazing as we are running shot of land because of the growing population.

“When our fathers were relocated here, they were promised milk and honey, but we have discovered there is nothing. People are fighting day and night over land.”

However, Zimbabwe Parks and Wildlife Management Authority spokesperson, Tinashe Farawo told Sunday Southern Eye that his organisation had received reports of villagers in Simchembu encroaching into the two national parks.

“We have received reports to that effect and we have evicted the villagers who had settled in the said national parks,” Farawo said.

“Villagers in these areas should realise that national parks are no-go areas as we will do everything to protect our treasured wildlife resources.”

Farawo said there were existing laws separating people from wildlife resources and these should be adhered to.

“As ZimParks we cannot allow villagers to encroach into the game parks. If these people want land, they should know where to go and get the land,” he said.

“We should take into cognisance the fact that the populations of both wildlife and people have increased almost 20-fold.

“National parks are protected by law and as such, villagers living closer to these areas should live in harmony with wildlife.”

Sibanda said apart from land shortage, his people have been neglected and are playing second fiddle to other ethnic groups in Gokwe North when it comes to development.

“The Tonga people in this part of the country have been looked down upon in all facets of development,” he said.

“We have no roads, very few primary schools and clinics and no high school, serve for two secondary schools, of which one is a satellite.

“As for secondary schools, our children are forced to go for A’ Level at Zhomba High School, 30km away.”

Sibanda, who is one of the two MDC councillors in the Zanu PF-dominated Gokwe North Rural District Council, said politics was also at play in the development narrative of the area.

“This place does not know development at all,” he said.

“Even these food distribution exercises come rarely this side.

“Is it because the councillor is not in the ‘proper’ political group or we are just a neglected ethnic society?”

The councillor said his people had occupied marginal positions in the country’s ethno-class ladders.

“Our schools are taught by distant people, yet we have qualified teachers of our own seated at home.

“We have children who have gone to schools and colleges, but they have nothing to do,” he said.

Sihambi, who just like many of his peers got married at an early age and is a father of three, said it costs an arm and leg to travel from the area.

“Travelling to Chitekete business centre, 30km away where we board buses to town, costs about ZWL$60.

“We don’t have busses and the area is serviced by kombis and private trucks,” he said.

Finjiwe Ngwenya, a mother of five, said the local clinic had no drugs and other facilities.

“The clinic in the area does not have drugs and for other services, you have to travel to Gokwe Hospital or Chireya Mission, hundreds of kilometres away,” she said.

“When it comes to giving birth we rely on home deliveries.”

Sibanda said the shortage of land was threatening the development of Simchembu, whose farmers rely mostly on cotton farming.