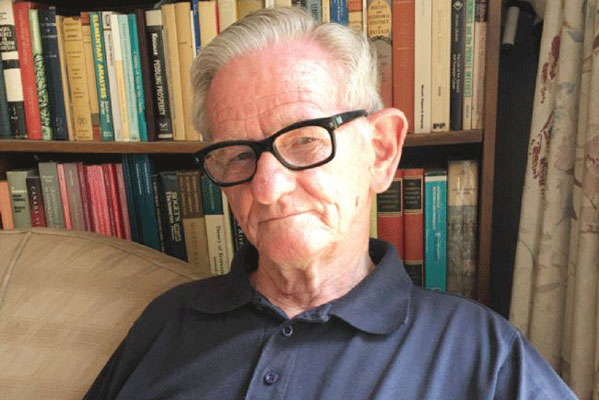 ZIMBABWE’S fragile economy is facing serious headwinds due to the outbreak of coronavirus (Covid-19), as some of the country’s major trading partners and suppliers are under lockdown.

ZIMBABWE’S fragile economy is facing serious headwinds due to the outbreak of coronavirus (Covid-19), as some of the country’s major trading partners and suppliers are under lockdown.

Covid-19 first broke out in China’s Wuhan City in December last year and has since rapidly spread to other countries in the world, infecting more than 900 000 people and killing over 3 000 others, mainly in China.

South Africa, Zimbabwe’s largest trading partner, had as of yesterday confirmed more than 240 cases of people who had tested positive to Covid-19.

Economic analysts and captains of industry who spoke to Standardbusiness said industry had started feeling the impact of Covid-19.

“Businesses are dealing with lost revenue and disrupted supply chains due to China’s factory shutdowns.

“China, being the second largest economy and leading trading nation, the economic fallout from the coronavirus now threatens global growth.

The International Air Transport Association has predicted that airlines would suffer US$113 billion in lost revenues.

“Since 2015, China has accounted for the largest share of foreign direct investment,” Mlilo said.

“A lot of businesses dealing in Chinese electronics have mushroomed.

“I believe there have been a lot of outstanding orders from China that have not been delivered since the outbreak of the coronavirus.”

The global tourism industry is expected to suffer losses of up to US$50 billion due to the outbreak of the Covid-19 disease worldwide, according to the United Nations World Tourism Organisation.

The body said the tourism sector was one of the hardest-hit by the outbreak, impacting both travel supply and demand, particularly in China, the world’s leading outbound market, and other popular Asian and European destinations such as Italy.

“We are very much under threat,” Muoni said.

“Remember China has become the biggest supplier of our raw materials and machinery as a country and that’s the biggest problem that we have.

“Going forward, we need to diversify our raw material suppliers or create our own.

“The markets are collapsing and the movement of goods and services has gone down.”

Small-to-medium enterprises have also been affected as they cannot travel to China to import various goods such as clothes, cellphones, and vehicle spare parts, for resale due to fear of contracting the virus.

Streetwise Informal Traders Association director Percy Mcijo said vendors who depended on China for the supply of electronic gadgets and other goods were now struggling.

“Coronavirus has affected us a lot. As it is, it’s very difficult for informal traders to go to China or Dubai to buy goods for resale back home due to this disease,” Mcijo said.

“It’s really sad and we can’t put blame on anyone. Business is down and we are struggling to put food on the table since our source of income, which is vending, has been affected.”

Economic analyst Believer Mhlanga, however, said it was too early to exactly tell the impact of the Covid-19 on the Zimbabwean economy.

Mhlanga said the outbreak especially in South Africa could cause a severe shortage of commodities and foreign currency inflows.

“Most of the Zimbabwe’s diaspora remittance is from South Africa. Severe outbreaks may significantly slow down business in South Africa, thereby, affecting incomes of the employees, especially in non-regulated industries where most Zimbabweans are employed,” he said.

“This in turn will affect the much-needed foreign currency availability in Zimbabwe.

“Foreign direct investment will be affected. During crisis time, most of the investors employ a ‘hold or wait-and-see approach’ in investments.

Mhlanga said Zimbabwe has been heavily relying on China for infrastructure projects that include the refurbishment of power stations, dams, irrigation and mining.

“This may actually lead to failure to finish the projects on time, thereby delaying the economic benefits from those projects,” he said.

Minister of State for Presidential Affairs and Monitoring and Implementation of Government Programmes Joram Gumbo recently told state-controlled media that progress on the US$1,4 billion Hwange Thermal Power Station expansion project was being threatened by the outbreak of Covid-19.

Mhlanga said tourism and travel was one of the world’s worst- hit industries by the outbreak of the disease. This is because it involves travelling and to contain the virus, travelling should be minimised.

He said Zimbabwe receives most of its tourists during this time to August, so prospective visitors may cancel their plans to travel.

“This industry will be brought to almost a standstill especially when travellers avoid South African and Zimbabwean airspace,” Mhlanga said.

Zimbabwe has been courting Chinese tourists but the outbreak of Covid-19 might render the efforts fruitless, Mhlanga said.

Mhlanga said the outbreak may lead to shortages of food, thus worsening the already precarious situation caused by drought and poor leadership as well as high levels of corruption in the country.

“This can be exacerbated by the fact that the country has ghost industries and shortage of equipment,” Mhlanga added.

“Looking at local trade, most of the small businesses will be brought to a standstill and as a result affect the country’s revenue and the ability to fight the virus.

“Without the support of the diaspora and the already hard-hit businesses in Zimbabwe, and the fact that Zimbabwe does not have the ability to absorb the impact, it will lead to one of the worst economic and human catastrophes of the decade.”

Veteran economic analyst John Robertson said for Zimbabwe, the biggest danger was that a likely outbreak would coincide with acute food shortages in the country.

“Malnourished people will have less resistance and undernourished children will be the most at risk,” he said.

“Higher temperatures seem to be an advantage and these might have helped Zimbabwe and neighbouring countries to escape so far.

“But, winter is on the way for us, so it will be very helpful if the epidemic has died down by about May.

“On the business side, the tourism sector is already seeing cancellations and for businesspeople, the airlines are cancelling flights and conferences are being cancelled.

“So far, Zimbabwe has seen postponements rather than cancellations, but if the number catching the virus increases to any serious extent, the conference venues will certainly be affected.”

The Zimbabwe Stock Exchange has postponed the 57th Committee of Sadc Stock Exchanges meeting and Second Brokers’ Networking Session that was scheduled for last week in Victoria Falls due to the outbreak of  Covid-19 .

Robertson said the handling of export consignments of food destined for Zimbabwe might raise concerns about the transmission of the virus, and orders for certain export products might be cancelled if a bad outbreak does occur here and if foreign customers cannot be persuaded that the deliveries have been assembled in controlled conditions.

The tourism industry in Victoria Falls has started recording cancellations of bookings and trips by international travellers following the outbreak of Covid-19.

“With a good dose of common sense, Zimbabwe has every chance of living through this epidemic,” he said.

Economic analyst Godfrey Kanyenze said there would be a serious knock on Zimbabwe’s exports if the epidemic reached Zimbabwe.

“Much of the huge demand for our commodities was coming from China,” he said.

“As we speak, there is little demand for our commodities. This is going to affect us in terms of remittances and exports.

“I think now there is talk of global recession and this doesn’t augur well with our situation.

“It has got huge implications for the economies. We will just stand in prayer.”

Industry and Commerce ministry permanent secretary Mavis Sibanda since Zimbabwe did not exist in isolation, it was bound to be affected economically by the Covid-19 scourge.

“This thing is affecting the whole world and as a country we are not in isolation,” Sibanda said.

“We are part of the world.”

The United States, has been hard hit by Covid-19 with major technology events being cancelled, resulting in more than US$1 billion in losses so far.

Some of the industry’s biggest events have been postponed, moved online, or cancelled altogether, international media reported.

The London Stock Exchange has plunged to a 13-month low amid fears around the Covid-19 outbreak while worldwide markets are also suffering, with around US$3.6 trillion wiped from portfolios.

The oil price debacle and growing fears of the Covid-19 have seen stocks on the Johannesburg Stock Exchange (JSE) plummet.

Global oil prices for crude last week slipped to their lowest level since 1991 while financial markets have also whipped around for weeks as investors struggled to quantify the economic impact of the spreading Covid-19.