An ovation for innovation 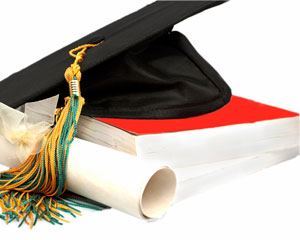 Zimbabweans seem to have been extraordinarily successful in the cross-breeding of dogs; truth to be told, it would not be described as “cross-breeding” but by another word! Having said that, hybrid dogs (sometimes called “designer dogs”) have become popular in the last 50 years or so with the most well-known examples perhaps being the Cockapoo […]

Zimbabweans seem to have been extraordinarily successful in the cross-breeding of dogs; truth to be told, it would not be described as “cross-breeding” but by another word! Having said that, hybrid dogs (sometimes called “designer dogs”) have become popular in the last 50 years or so with the most well-known examples perhaps being the Cockapoo (Cocker Spaniel crossed with a Poodle) and the Labradoodle (Labrador and Poodle); however let us not forget (but rather try to work out) many other cross-breeds of pure breeds — Golden Shepherd, Boxador, Puggle, Pitsky, Bullmation, Cormation, Corgidor, Schnoodle and even Bernedoodle. The mind boggles in thinking up others!

Of course, we have seen it before in the animal kingdom where the mule is a cross between a male donkey and a female horse. We might well ask, though: why bother with crossing animal breeds? The Cockapoo, we are told, has been seen to be “completely people oriented, intelligent enough to train easily, hardly sheds hair, forgives quickly and is so affectionate”. In the case of mules, it is said that “mules are hardier, eat less, live longer than horses… are less stubborn but more intelligent than donkeys while their skin is more resistant to sun and rain and their hooves are much tougher”. That may not help them in racing but will be of great value in work environments.

It is interesting that many of these cross-breeds have come about through mixture and by mistake (or should that read ‘mixtake’ and ‘misture’?) It is also interesting that many inventions came about by such means. Sir Alexander Fleming was looking for a wonder drug that could cure diseases, but almost by accident invented penicillin which is now used to treat an infection caused by bacteria. John Hopkins was “trying to use radio frequency heating to restore body temperature” to combat hypothermia but in fact invented the heart pacemaker. We all know that Coca-Cola was intended to be a medicine but has become somewhat popular for other reasons now, while Corn Flakes, Crisps and X-Rays were also all found by accident.

Some sports have come up with different rules than others. Field hockey has over the years changed the rules often (from having roll-ins to hit-ins to hit-to-self, removing offside and obstruction, and introducing rolling substitutes), thus making it a more exciting sport while soccer has not been so quick to change. Some people have amusingly made suggestions on how cricket could be made more interesting, including making batsmen have to run every shot (no fours or sixes) and deeming them to be “out” if someone in the crowd (not just one of the fielders) catches the ball!

So continuing with this theme of mixing things, what do we get if we cross inno-cence with sal-vation? What will we get if we cross ino-culation with culti-vation? In short, we will get inno-vation! And innovation is what is needed; we need to cultivate it for our salvation. We need to encourage, inspire, equip and motivate youngsters to be innovative, to look for new ways of doing things, not for the sake of doing something new but for a good reason. We need them to ask for themselves much more the question: what if? We must not keep them at the question ‘what’ but add the small word ‘if’. It may be d-if-ficult but it will make all the d-if-ference. If we look at things in a new light, from a new direction, we will find new ways of doing them. Great things can come from innovation!

Someone has said that the “best innovation to inspire pupils is the teacher”. Wait a minute, though — have we not had teachers around for a long time, so how are they an innovation? What if teachers look at their subject, their curriculum, their plans in a new light? What if teachers tried incorporating different methods from other areas of life (and other subjects) into their teaching? Sports coaches, after all, use different sports to improve the players’ understanding and ability in their own sport.

Some people stand by the old principle that “if it ain’t broke, don’t fix it!” There is obviously some merit in that (otherwise people will just go about changing things for the sake of change) but if we subscribe to such a view we should still be coming to work on horseback instead of by car or bus. We must move on. It is said that “Familiarity breeds contempt” (though amusingly Mark Twain added “and children”) but if we breed contempt, we will be found to be barking up the wrong tree and talking a lot of cockapoo. Rather, let us stand in ovation for innovation. That would be novel!

l Tim Middleton is the executive director of the Association of Trust Schools [ATS]. The views expressed in this article, however, are solely those of the author in his private capacity and do not necessarily represent the views of the ATS.