Climate primer: Why is everyone talking about ‘net zero’? 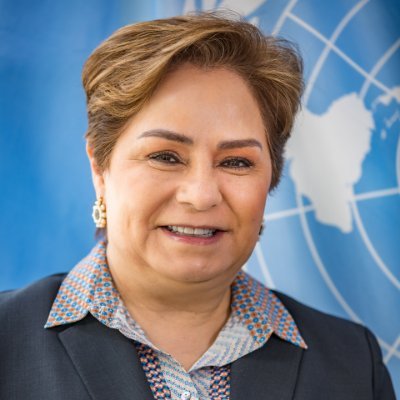 As the Paris Agreement marks its fifth anniversary, a United Nations-backed global campaign to slash climate-changing emissions has added new high-profile members to its ranks, including high-street fashion retailer Primark and consumer electronics giant Sony. The “Race to Zero”, launched on World Environment Day in June, brings together businesses, cities and other organisations that aim […]

The “Race to Zero”, launched on World Environment Day in June, brings together businesses, cities and other organisations that aim by around mid-century to cut their planet-heating emissions to net zero — meaning they produce no more emissions than they can offset through measures such as planting trees.

As a “Climate Ambition Summit” got underway recently, the UN climate body said members of the Race to Zero campaign now represent 12% of the global economy, covering 23 regions, 524 cities, nearly 1 400 companies, 569 universities and 74 investors, worth trillions of dollars.

With a growing focus on the robustness of net-zero commitments, Race to Zero members all meet stringent criteria, including submitting a plan in line with climate science and setting interim targets to reduce emissions, it added.

Why does ‘Net Zero’ matter?

It may be the latest buzzword in the world of climate action but it’s key to keeping us safe from harm, scientists say.

The UN climate science panel has said that man-made carbon dioxide emissions need to fall by about 45% by 2030, from 2010 levels, and reach “net zero” by mid-century to give the world a good chance of limiting warming to 1.5C and avoiding the worst impacts of climate change.

Under the 2015 Paris Agreement, nearly 200 countries said they would act to limit the rise in global average temperatures to “well below” 2 degrees Celsius above pre-industrial times and strive to keep it to a ceiling of 1.5C.

But the world has already heated up by about 1.20C and is currently on track for warming of at least 30C this century as emissions continue to rise, despite a dip in 2020 due to the coronavirus pandemic.

Scientists say that would bring ever-worsening extreme weather and potentially catastrophic sea level rise, making some parts of the planet uninhabitable and fuelling hunger and migration.

That — and mounting public pressure — is why a growing number of countries, companies and others are promising to cut their planet-warming emissions to net zero by 2050 or before.

What is net zero?

Achieving net-zero emissions isn’t the same as eliminating all emissions.

It means ensuring any human-produced carbon dioxide or other planet-warming gases that can’t be done away with are removed from the atmosphere some other way.

This can be done naturally, such as by restoring forests that suck CO2 out of the air. Or it can be done using technology that can capture and store emissions from power plants and factories or directly pull CO2 from the atmosphere.

Planting more trees worldwide is a popular way to absorb and store more carbon, but technologies that do the same job are still expensive and have yet to be deployed on a large-scale.

Who has committed to net zero?

According to the UN climate body, the latest analysis by Oxford-ECIU found that net-zero commitments globally now cover at least 68% of the global economy, 56% of the global population — more than 4.2 billion people —and 61% of global greenhouse gas emissions.

But it said only 18% of net-zero targets meet key criteria, including a goal for decarbonisation before 2050; a law, policy or strategy that confirms that goal; annual reporting on progress; a published plan for meeting the goal; and interim targets.

A Net Zero Tracker by the UK-based Energy and Climate Intelligence Unit (ECIU) shows that two tiny developing countries, Suriname and Bhutan, have already achieved net-zero emissions, though measures such as restoring or planting forests and adopting renewable energy.

Six countries, including Denmark, France, New Zealand and Britain, have enshrined their targets in law.

Another five countries and the European Union have proposed legislation on a net-zero goal, while 14 more — including China, Norway, Costa Rica and the Marshall Islands — have put it in a policy document.

About 100 additional nations are considering putting in place net-zero targets, the ECIU says.

How do you set a new zero target?

The World Resources Institute (WRI) and the 2050 Pathways Platform — which work with governments and others on their climate commitments — say cutting emissions within national boundaries should be the first priority, with efforts to offset what remains only considered after that.

Right now, countries vary in whether their net-zero targets can include offsetting emissions internationally, such as by paying to protect forests in the Amazon.

To be credible, net-zero targets should cover all greenhouse gases, including methane, and all economic sectors, as well as international aviation and shipping, WRI says.

Those trying to achieve net-zero emissions should do so by 2050 or earlier, with the highest-emitting countries doing the most, fastest.

Plans also need to be reached in consultation with those they will affect and clearly communicated, WRI said.

When it comes to companies, net-zero targets vary widely in terms of which parts of supply chains — and sources of emissions — they cover, and are difficult to compare, says the Science Based Targets initiative (SBTi), which has released guidelines to help remedy that.

Is net zero an excuse to kick action down the road?

UN climate chief Patricia Espinosa says companies, cities and others that join the “Race to Zero” campaign will be held to their promises, although it is unclear how that will be done.

She and other officials have called for governments to stick to an international deadline for submitting stronger climate action plans by the end of 2020.

But many are likely to miss that target, as the coronavirus pandemic distracts politicians and has delayed the next round of UN climate talks for a year. Most are expected to deliver their plans before the postponed COP26 UN summit in Glasgow next November.

Getting net-zero targets into national plans for this decade and into day-to-day decision making is crucial, according to WRI researcher Kelly Levin, to avoid investments going into high-carbon technologies or infrastructure.

How can net-zero targets be translated into short-term practical tools? One way is by using carbon budgets, Levin said in Britain, these place a cap on the total amount of greenhouse gases the country can emit over a five-year period.