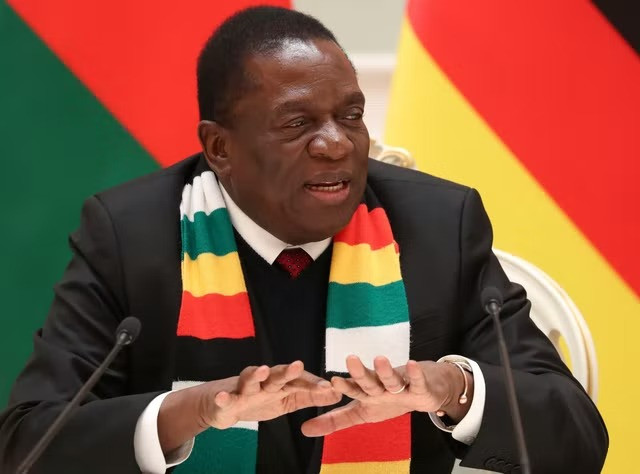 PRESIDENT Emmerson Mnangagwa  has been accused of using inflammatory language seen as promoting violence in the run-up to elections expected next year.

Addressing Zanu PF supporters in Mutasa district, Manicaland at the weekend, Mnangagwa’s utterances raised fears of more violence in the lead up to the polls.

“Next year, we will have elections starting from councillors, Members of Parliament and presidential elections. Munotivimbisa here kuti mucharakasha twupwere utwu? (Do you promise us that next year you are going to destroy these youngsters?) Hamuvarakashi chete munosvasvanga (You will not only beat them, you will completely destroy them).

“The war that is there now is going to vote. If you go and vote you would have settled the war to safeguard the liberation history of the country."

“The issue we continue to speak about is how our leaders like to use hate language. It is the driver of political violence. They do not physically fight among themselves as leaders, but political violence manifests in their supporters. It’s kind of strange that he said this, and yet the following day in his column in State media on Sunday, he talked about peace. At the end of the day, it's worrying if the issue of peace is not followed and becomes mere rhetoric,” Mukoko said.

“They use charisma, patriotism and good governance practices. Such utterances cannot be tolerated. We have seen such utterances causing violence during the August 1, 2018 post-election violence and the recent conundrum in Nyatsime during the funeral of Moreblessing Ali.

“All political parties are, therefore, urged to abide by section 6(c) of the Zimbabwe Electoral Commission code of conduct for political parties and candidates and other stakeholders which criticises the use of hate language that incites violence towards any individual or group, including in speeches, songs and slogans,” Kuhudzehwe said.

He urged the National Peace and Reconciliation Commission and rights bodies to speak out against hate language.

Meanwhile, Mnangagwa told his supporters that the European Union removed sanctions on Zimbabwe a long time ago.

“l welcomed a European Union member and we sat down. He told me that the EU no longer has sanctions on Zimbabwe. We are now friends with EU countries, such as Germany, Belgium and France. Those left now are the British and American sanctions. But we will not bury our heads in the sand. We have decided to develop our country on the basis of our resources,” Mnangagwa said.

The EU imposed sanctions on the southern African country in 2002 over alleged human rights abuses and electoral theft, but gradually rolled them back since 2012 to encourage political reforms.

The United States, however, maintains sanctions against 141 entities and individuals in Zimbabwe, including Mnangagwa.