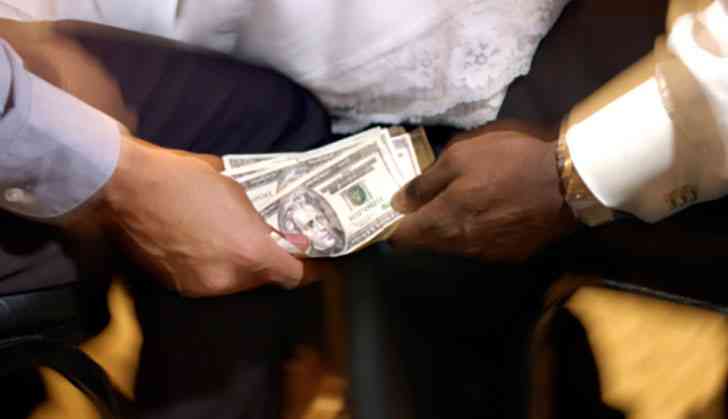 CORRUPTION in Zimbabwe is ingrained. Transactions in public procurement are deeply embedded. The secrecy and opaqueness of government procurement breeds corruption, which ultimately destroys the economy.

This, without a doubt, has been a major headache for the economy. Even in recent weeks, Treasury has demanded transparency on contracts between government and suppliers. The Finance and Economic Development ministry blames government departments for falling short on due diligence. In other words, the Treasury is questioning how some suppliers were awarded contracts.

Some of the suppliers are accused of fueling parallel market exchange volatilities as they dump the Zimbabwe dollar for the greenback.

The engagement of corrupt contractors who overcharge the government and then fuel inflation for personal gain, rather rent-seeking, raises questions over the nexus between suppliers and senior government officials.

Elsewhere in this publication, we carry a story regarding the ejection of seed producer Seed Co Limited from the list of government suppliers of farming inputs. Information filtering through the corridors of power is that the state has opted for another company, which is said to have deep-rooted connections with top government officials.

There are many other examples of how some companies were cherry-picked by government ministers to implement projects. Legally, the contracts seem legit as Cabinet approvals and other statutory obligations might have been satisfied. But that does not mean that public procurement is clean.

The answer is that those in charge of procurement in various government departments know what they are doing; there is a close relationship between the top public officials and some contractors.

Sadly, this is done to line up personal pockets. The biggest loser in all this plunder is the taxpayer; the ordinary citizen is being ripped-off.

President Emmerson Mnangagwa has issued chilling threats. He warned those involved in public procurement corruption giving an example, recently, that in China such corrupt officials and companies would have been executed.

Yes, the corruption is costly and corresponding punitive measures must be adopted. The nation is awaiting the outcome of the investigations on this malfeasance.

Will the taxpayer witness a new culture of more action than flowery rhetoric?

Taxpayers deserve answers from the executive.

After all, workers are overtaxed; the tax burden is unbearable. Even Finance Minister Mthuli Ncube this week grappled with taxation in parliament as legislators demanded that the tax-free threshold be increased from ZW$50 000 to ZW$100 000 per month. Ncube then settled for ZW$75 000 (US$160 using official rate).

But the problem is that the taxes are not being sufficiently used to improve social service delivery, infrastructure development, education, public health and education as all these are in a sorry state.

Where the money is used for infrastructure improvements and procurements of drugs for the health sector, corruption allegations have been raised; low level arrests have been made.

This shows that graft in public procurement hasn't been addressed.

The taxpayer is losing on both ends; through high income tax and corruption. The money that is docked by the tax collector is misappropriated by some public officials who are entrusted to look after the purse.

In the coming days, government has to clean up public procurement of bad apples; those who are flouting the law and conniving with suppliers to rip-off must face the music.

Proper use of resources may help reduce structural inequalities as the gap between the elite and the poor is yawning.

Combating corruption in government procurement can certainly save the much-needed financial resources, which can be used to benefit the taxpayer.