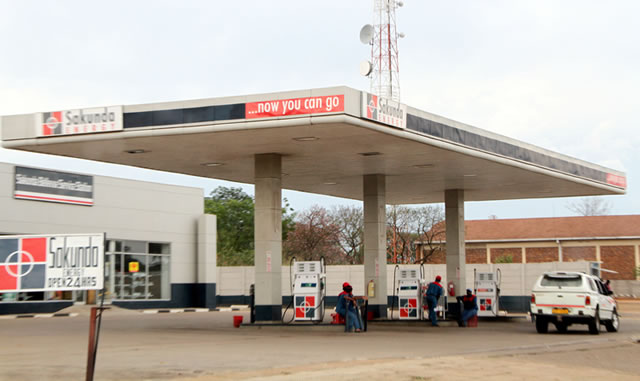 A 12-member delegation which included Harare City Council officials, policy makers, technocrats as well as officials from Sakunda Holdings were in South Africa last week on a feasibility study to help the reconstruction of Rufaro Stadium into a world class facility.

BY TAWANDA TAFIRENYIKA SAKUNDA Holdings has hailed the trip to South Africa’s undertaken by policymakers and technocrats to benchmark for the refurbishment of Rufaro Stadium, describing it as “a resounding success”.

A 12-member delegation which included Harare City Council officials, policy makers, technocrats as well as officials from Sakunda Holdings were in South Africa last week on a feasibility study to help the reconstruction of Rufaro Stadium into a world class facility.

The tour to South Africa was a follow up to the first visit to Rufaro by both Sakunda Holdings and Harare City Council officials in March to assess the state of the facility and have a guideline of what needs to be done to upgrade it into a modern football stadium.

The team toured FNB Stadium as well as the Moses Mabhidha Stadium in Durban to have an appreciation of the facilities before they embark on the renovation of Rufaro Stadium. They returned to Harare on Saturday.

Sakunda Holdings executive project consultant Nqobile Magwizi, who was also part of the delegation that toured the stadia in South Africa, said the trip was a huge success as the energy giant seeks to bring modernity to Rufaro Stadium.

“The trip was a resounding success as we managed to benchmark for our Rufaro Stadium project. Critically, we looked at the policy framework used in running stadiums, the project management aspects and the current operational components being used in running them profitably,” he said.

Magwizi also said they were happy and confident with the team selected for the tour.

“We are happy with the team that toured South Africa stadia. The trip was mainly for policymakers and a selected high level delegation of top officials and technocrats. Once we complete the feasibility study we would then move to finalise our memorandum of agreement (MoA) and at that point engage technical officials,” he said.

Sakunda Holdings, who are the principal sponsors of Dynamos and Highlanders football clubs approached Harare City Council with a proposal to have the venue on a lease and the two parties went on to sign a memorandum of understanding.

After the completion of the feasibility study, the two parties are expected to sign a MoA which will outline the terms and length of the lease.

Rufaro Stadium last hosted football matches during the 2019 league season before it was red-flagged by Zifa in 2020.