US Deep State is slowly running Donald Trump down! 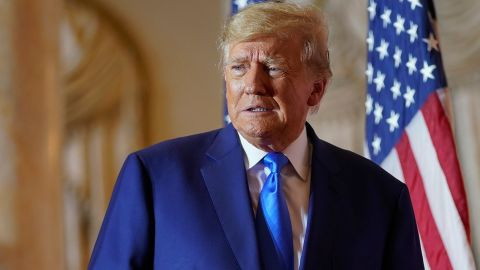 Men of Harare and Masvingo, you are missing the big picture in the events unfolding in the US. As mid-term elections wind down, the “deep state” has taken one more step towards grinding its opponent, Donald Trump into the dust.

While Republicans have secured a thin majority in the Lower House, and Trump has announced his third run for the residency, the deep state is as engaged as are the Democrats in crushing his bid for office.

Deep state actors are non-elected officials and entities, such as banking institutions and defense industries colluding extra-judicially with bureaucrats to eliminate actors like Trump, viewed as obstacles to their policies, from public space.

Zimbabweans can easily relate to the power of “deep state actors.” Legislator Job Sihkala has been arrested 68 times, but was never convicted of any crime.

On October 16 (or thereabouts) 2016, the editorial board of The New York Times met and decided that an electoral victory at the polls by Trump would pose a danger to the US. The rules of fair (seeing both sides) reported were suspended and 22 reporters were engaged to make sure that any Trump news would be reported negatively.

“The Republicans who disputed Trump’s loss (in 2020) just got handed their own defeats.” (Politico, 9 Nov).

Then the mother of all deep state actors, The New York Times, says “Trump did not have much to cheer.” (Nov. 9)

Of the 124 candidates backed by Trump, 40 lost their bids, leaving 184 to celebrate victories. Judge for yourself if you were reading the New York Times. Similarly, the same media outlets, take a similar line with Congressional outcomes. In summary, they say, “Democrats still have a path to a majority in Congress.”

As I write, Republicans have 218 seats while Democrats have 211 seats. Judge for yourself.

Deep state actors say that a Republican win in Congress with a slim majority is worse than useless. Democrats had a majority of one in Congress and none in the Senate. There, they relied on the Vice President to break the tie.

Republicans cannot govern partly because they are the stupid party. They fear Democrats. Also, Republicans have no footprint in the deep state, and their efforts are often leaked prematurely by bureaucrats before they mature. President Trump’s telephone calls were leaked to Speaker Pelosi by stalwart Democrat infiltrators in the White House.

Former Minnesota Senator, Norm Coleman, a Trump sceptic who once said bad words about him in 2015, told the Jewish Republican Party Coalition that Trump’s achievements in favour of the Jewish State cannot be denied and no less than miraculous. The Abrahamic Accords brought the United Arab Emirates, Jordan, and the Saudis to recognize Israel. .

Trump is only the seventh person in the history of the Jewish Coalition to receive a special award.

Trump’s worst enemies remain resolute braying for his downfall. The deep state is cooking up all legal hurdles, hoping to see Trump in a jailhouse. Paul Manafort, his election manager was released a few weeks ago. In his book, Prisoner of Conscience, Paul says he had lived a life of virtue until he accepted a call from Trump to run his campaign. The Internal Revenue Office, which had never bothered him before about his income in the Ukraine became interested.

Roger Stone, another Trump associate, and early supporter was carried from his house, and his 70-year-old wife (in a less than flattering undergarment) into a pick-up truck and thrown in a jailhouse on trumped up charges, including lying to the authorities.

The lesson is very clear. Anyone who shows support for Trump places himself in conflict with the deep state.

But the worst enemy of Trump is Trump himself.

Foul mouthed, billionaire’s brat, with the temper of an Irish drunk, (he forbears were Scottish), he will join a street brawl even before he knows what the fight is about and who is involved. The English idiom says that he has no “sieve around his mouth.”

He makes enemies where self-control would have converted them. Governor Ron DeSantis of Florida asked for his help in 2015. DeSantis became a Republican hero when he flipped Florida from Democrat to Republican state.

Trump, sensing competition, referred to him as “Ron DE Sanctimonious, a moderately successful Republican.” About his loyal vice-president Pence, he said he was surprised he had gone this far. He gained everlasting hatred of the formidable Speaker Nancy Pelosi by referring to her as “Crazy Nancy.” Respect and deference, especially of politicians, goes a long way. These characters have spent lifetimes in the struggle, and their positions come at a great price. Respect is the least than can be afforded them.

Rupert Murdock, owner of several newspapers and Fox News (Trump leaning) has distanced himself from a third Trump run for the presidency.

This does not mean that Trump’s run will collapse. He has 78.6 million followers on Twitter and hard core following among the grassroots of the Republican Party. It may be a fight to the death. We are living in dangerous times.

What really is going on?

This is a historian’s view. During the last twenty years, the Roman Catholic Church, the protestant evangelicals, and Southern Baptists who, for long had claimed to be the vanguard of a moral society, were exposed on social media as having been the drivers of secret abuse of children (Catholics and Boy Scouts) and joists that kept slavery and racial discrimination in the South going (Southern Baptists).

Catholic or protestant doctrine affirmed nuclear family ethos, ignored gay and trans-gender associations mushrooming everywhere. A new gender affirmation and gender fluidity policy was pronounced by government. In simple English a guy with a beard can say that he is she. President Barak Obama and vice-president (then) Joe Biden (2008-2015) took the bull by its horns and declared gay, trans and all sorts of new realities to be normal and legal.

The big issue is who gives moral guidance, the church, or the government?

Trump, therefore, represents all the white groups, perhaps 70 million people plus, regarded by Democrat Hillary Clinton as a “basket of deplorables, racist, sexist, homophobic, xenophobic, Islamophobic…and (Trump) has lifted them up,” who are shunned from the fellowship of brotherhood by globalists.