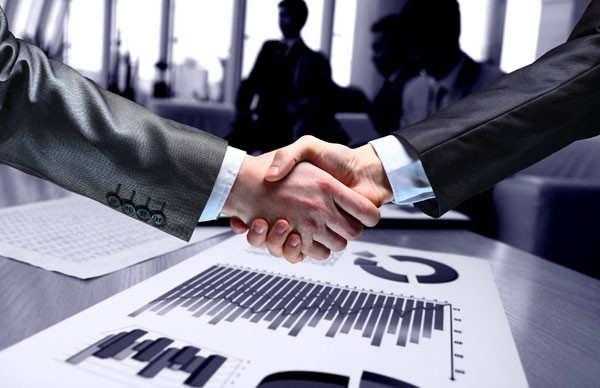 Companies and other businesses transact in various ways, mostly  through their agents and to achieve that, certain internal process is required to enable transacting with the outside world.

Such internal process is indeed private and internal to the exclusion of third parties who ultimately deal with the company.

It goes without saying that before engaging in particular transactions, internal approval or authority is required in order to ensure that the resultant transaction is valid from a business entity’s perspective.

Ordinarily, unapproved transactions are void and of no binding force to the company or business.

It is thus important that where possible, a person dealing with a company or other business entity should ensure that the company or its representative has the necessary capacity to transact with them otherwise the transaction is doomed.

A company operates through its officials who either approve or execute the objectives of the company.

In the normal course of events, officials of a company execute on approved transactions, however for some reasons in some instances, execution of the objectives may be devoid of proper internal approval.

A company has no brains of its own, has no feelings or an independent will.

The law has accepted that a company is an artificial person – case of Salomon v Salomon (1897) AC 22 laid the foundation of company law in which the UK House of Lords set in operation the principle of corporate legal personality.

In essence, the principle accepts that a company is a separate legal persona apart from its members or owners, with capacity to sue and being sued in its own name.

However, even in the full operation of the principle, a company operates through its agents who may be employees, officials, members or directors.

The danger of transacting with a company or other business entity is the danger of not being sure if the transaction involving the company has been properly approved.

It is possible to request for such authorisation or approval, and it may be furnished though not foolproof.

Operation of the presumption of regularity

Having realised the obvious quandary of an innocent person dealing with a company with own internal authorisation process and peculiar approval procedures, the law has put a safety valve for bona fide third parties who deal with officials of a company or like business entity to rely on the presumption that all internal approvals have been properly followed.

The rule embodied in Section 24 of the Companies and Other Business Entities Act (Chapter 24:31) (“the Act”) is commonly known as the Turquand Rule, a name derived from the famous court case of Royal British Bank v Turquand (1856) E&B 327 which laid down the principle.

The Act protects a third party innocently dealing with a business entity from being prejudiced when it turns out that the transaction in question was never internally approved.

The Act provides that any person who deals with a business entity or a person deriving title from the business entity is protected under Section 24 of the Act, which gives the innocent party a right to assume the following:

n That the company’s internal approvals have been followed, and

n That every person described as a director, member, secretary, or manager has been legally and properly appointed and has the authority to exercise the usual functions of his office, and

n Any person or agent appointed by the board of the company or its members in a general meeting has been duly appointed with the usual authority for the office that he has been appointed, and\

n And that a document has been properly sealed /authenticated by a company, if it contains its seal attested by what appears to be the signature of a person who can be believed to be a director of the company.

Effect of fraud or forgery on the presumption of regularity

Section 24 of the Act does not absolve a company from liability on the basis that there was a fraud or a forgery of documents on the part of its director, secretary, officer, manager, director or agent.

The only instance in which the business entity appears to be absolved is where the other party dealing with the company already had knowledge of the irregularity in the transaction.

The company may also be absolved where it proves that the other party to the transaction would have been expected to have knowledge or known about the irregularity.

This would happen in a case where an ordinary reasonable person would have known or should have suspected that irregularity.

The section also provides that the fact that a company policy requires the execution of its documents under seal will not absolve from liability where such a seal was not appended to a document as prescribed.

This article is not meant to be legal advice nor is it meant to be exhaustive of the subject under discussion. Should you require specific legal counsel on related matter, you may contact the author or consult an attorney. Mr. Majachani is a partner at Alex F and Associates, Attorney – he can be contacted on 0712553454 or alexf.attorneys@gmail.com