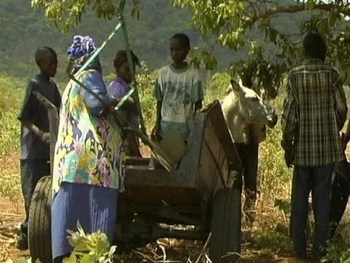 BY TATENDA CHITAGU CHIUNDURA — While boys of his age trooped from rural areas to look for jobs in the nearby Midlands capital of Gweru, a 22-year-old man did exactly the opposite.After completing his Ordinary level at St Patrick’s Mission near Gweru in 2010, Webster Bhidhi went back to his rural home, Bobhojani Village in Chiundura, to assume its headmanship which was previously held by his late father. By so doing, he became the youngest village head in Chiundura, rubbing shoulders with the grey-haired old traditional leaders at village courts. And he takes pride in it. “I am actually proud to be a village head at this age. I am actually enjoying it and I do not intend to look for employment. I am content with the status quo. And many girls are drooling for me,” said Bhidhi, who lives under Chief Gambiza. He said he commands the same respect accorded to his ageing colleagues. Bhidhi also gets freebies and other privileges associated with his post. “We are at par with the old village heads,” said Bhidhi. “They equally respect me despite my age.” Chief Gambiza, born Freddy Sam Gambiza, says the young village head appealed to the youths most of whom see him as their role model. “We work with him well. He faces no resistance from the old village heads. He really adds value because of his age as he appeals to the youths and becomes sort of a role model,” said Chief Gambiza. However, Bhidhi admits the post has its own challenges. “While I am happy with my post, I also watch my back as there are other older contenders to the throne who wish me dead,” he said. The former St Patrick’s Mission student said he intends to marry in 2015.