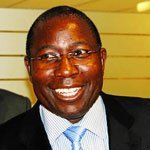 THE performance of the MDC-T in the inclusive government is under spotlight in the wake of a recent survey which shows that the party has lost support, with some analysts saying the findings were not surprising.

THE performance of the MDC-T in the inclusive government is under spotlight in the wake of a recent survey which shows that the party has lost support, with some analysts saying the findings were not surprising.

Report by Patrice Makova The results of the opinion poll by American think-tank, Freedom House, concluded that support for MDC-T plummeted from 38% in 2010 to 19% this year while that for Zanu PF grew from 17% to 31% over the same period.

Although the methodology and environment under which the survey was conducted are questionable, analysts said there was a general perception that the Prime Minister, Morgan Tsvangirai-led MDC-T, had failed to deliver on most of its promises almost four years after joining the GNU.

The MDC-T appears to have lost the propaganda war, especially in the public media which continues to blame the party for failures that should otherwise be shouldered by the whole inclusive government.

Social commentator, Michelle Maera, said the MDC-T and some of its top officials had made headlines, sometimes for the wrong reasons, and this had not helped the situation.

Soon after being inaugurated as Prime Minister in February 2009, Tsvangirai promised to improve the welfare of civil servants, describing them as the backbone of the government.

But almost four years down the line, civil servants are still paid salaries below the poverty datum line.

Finance minister, Tendai Biti, of the MDC-T, continues to bear the brunt of the poor salaries, as Zanu PF blames him for refusing to improve conditions for government workers.

Biti, on the other hand, has argued that lack of transparency and the under-performance of the diamond sector should be blamed for government’s failure to increase civil servants’ salaries. Biti’s explanation appears to have fallen on deaf ears.

MDC-T joined the GNU, promising to weed out rampant corruption, but the picture on the ground is the opposite as party controlled  local authorities have been rocked by corruption. In 2010, the party fired all its Chitungwiza councillors accusing them of corruption.

The recent firing of 12 councillors, including mayors from different cities and towns over accusations of corruption, confirmed that the MDC-T had joined the looting spree.

Two months ago, the party was also forced to set up a disciplinary committee to deal with rowdy members who were behind a spate of violence that rocked the party ahead of its congress held in Bulawayo last year.

The PM’s sex scandals also did not help the image of the party. Tsvangirai, whose wedding to Elizabeth Macheka is set for next week, has been linked to many women; among them businesswomen, Lorcadia Karimatsenga Tembo, whom he impregnated.

He paid lobola to the Karimatsenga family, but a few days later stunned the nation when he announced that he was divorcing her, claiming he was set up by intelligence officials and the public media.

The MDC-T was also involved in luxurygate, which saw the government reportedly splashing US$20 million on new top-of-the-range vehicles for ministers.

On top of their official Mercedes Benz vehicles, the MDC ministers are now driving other luxurious cars such as the latest Range Rovers, Land Rover Discovery 4 and Toyota Landcruisers, as they joined the Zanu PF gravy train, in a country struggling to buy food and medicines for the people.

There is also a perception that the MDC-T was against the US$600 million Green Fuel’s Chisumbanje ethanol plant which employs close to 5 000 people. Energy and Power Development minister, Elton Mangoma of MDC-T, has not helped the situation as he has publicly clashed with the project developers. The party has also not been clear on indigenisation and econonic empowerment and the land reform programme.

Political analyst, Clever Bere, said the survey results were spot-on and were indeed a wake-up call for the MDC-T, which has to address the reasons raised as the causes of their waning support such as corruption, nepotism in the party and undemocratic tendencies.

He said corruption has caused  the fall of many ruling parties in Africa, including Zanu PF. Bere said the survey results showed that Zimbabwe’s voting population viewed integrity as one of the important components of a good party.

“What we have seen especially in urban councils, shows that there is a thin line between Zanu and MDC,” he said.

“Unfortunately for the MDC-T, its support base was mainly based on those protesting Zanu PF’s misrule, whereas Zanu PF, it is argued, has a firmer support base, albeit not as big as it was before, but nevertheless solid.”

But another political analyst, Gladys Hlatywayo argued that the little achieved by the GNU was largely a direct product of the MDC input.

“The dwindling support for MDC does not automatically mean rising Zanu PF support,” she said. The question is what has Zanu PF done to have increasing support? In addition, a large number of people, close to 50%, did not disclose their views, what does it mean?”