Outcry over MDC-T directive on primaries 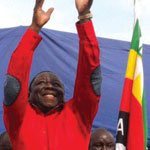 THERE is an outcry in the MDC-T over attempts by the party leadership to spare sitting legislators from facing primary elections, with some aspiring candidates describing the move as “undemocratic”.

THERE is an outcry in the MDC-T over attempts by the party leadership to spare sitting legislators from facing primary elections, with some aspiring candidates describing the move as “undemocratic”. OUR STAFF

The aspiring MPs insisted that all legislators and councillors must be contested to prove that the MDC-T was as democratic as it claimed. The Standard last week spoke to several aspiring parliamentary candidates across the country who spoke strongly against the party’s attempts to “impose” sitting MPs, saying it was against the principles of democracy.

They said Prime Minister Morgan Tsvangirai could lose the moral ground to demand free and fair elections from President Robert Mugabe and Zanu PF should his endeavours to spare sitting MPs from being contested succeed.

Many of the aspiring MPs preferred anonymity for fear of victimisation but expressed concern that the party was “fast learning from Zanu PF” which has imposed candidates in the past.

“What the leadership is doing is wrong and they know it. It is all about delivering and if they failed then they have no place in the party,” said Kadewere. “They were given the chance and if they failed, let the people decide, and another thing is that those who came up with such a decision are sitting MPs who are protecting their seats.”

Suspended Mutare mayor Brain James, who is reportedly eyeing Mutare Central constituency, said he was advocating for primaries to be held in all areas to choose MPs and councillors.

“People must be given the chance to choose who they want to be led by, I advocate that primaries be held in all areas,” said James. “All candidates must be tested in primaries.’

James could neither confirm nor deny that he was interested in contesting incumbent Mutare Central MP Innocent Gonese.

“I am keeping an open mind and I am a servant of the people,” he said.

Another aspiring MP for Kambuzuma in Harare, who requested anonymity for fear of victimisation said, attempts by the party to block real primary elections was an indication of the lack of democracy in the MDC-T.

He intends to contest against MP Willis Madzimure.

“There would be no difference between us and Zanu PF, which is saying it will only allow cadres of good repute to contest in primary elections,” he said. “We want a fair game; our party is morphing into another Zanu PF, mark my words, time will tell. These guys just want to protect themselves knowing they have done nothing for the people.”

Zanu PF’s secretary for administration Didymus Mutasa recently said his party would only allow “cadres of good repute” to contest in primary elections.

This after indications that some constituencies had over 10 candidates aspiring to represent the party in parliamentary polls slated for next year.

Several other aspiring MDC-T MPs in Masvingo, Midlands and Bulawayo also expressed disappointment over the party’s new measures to protect the “old guard” from ending up in the political wilderness.

Chegutu West aspiring candidate, former Chegutu mayor Francis Dhlakama okayed the move saying it was “wise” to first fill what he termed the “orphaned constituencies” before coming up with a consensus on those with sitting MPs.

“Since we do not know when the elections will be held, I think it is a good idea for the party to concentrate on the orphaned constituencies and then deal with those with MPs to avoid unnecessary animosity among members,” he said.

But MDC-T spokesman, Douglas Mwonzora defended the system, saying there was no evidence primary elections were the most democratic, arguing that in some circumstances this arrangement produced undesired results.

“Contrary to what people believe, endorsements are not meant to protect sitting MPs; the system actually exposes them and is unfriendly to underperforming MPs,” he said.

“It is not a tested fact that the primary election is the most democratic system, in some cases it has produced undesired outcomes.” System favours incumbents — Mwonzora

The party spokesman said the endorsement method allowed constituents to evaluate their MPs and their previous election promises were put to test.

“This system is as old as the MDC, it is how we have always done things,” he explained. “Democracy means the involvement of the people and so even when MPs are endorsed the people are involved and that is democracy.”

Mwonzora, however, also described the endorsement system as a “natural advantage to the incumbents”.

He said the process was less cumbersome and inexpensive compared to primaries, but sitting legislators had to be endorsed by at least two thirds of the party’s structures in the constituencies.