Zimbabwe’s high levels of corruption a cause for concern 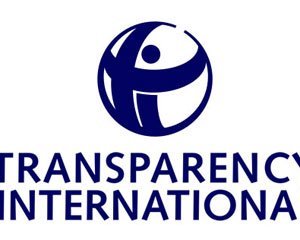 The CPI ranks countries or territories based on how corrupt their public sector is perceived to be.

It is a composite index, a combination of polls, drawing on corruption-related data collected by a variety of reputable institutions.

The CPI reflects the views of observers from around the world, including experts living and working in the countries or territories evaluated. Previously, countries were ranked on a corruption scale from one to 10 where one was the highest level of corruption and 10 being the least.

Zimbabwe, being one of the countries assessed, scored 20 on the CPI score and out of the 176 countries it was ranked number 163. In 2011 Zimbabwe had a CPI score of 2,2 an overall rank of 154 out of 182 countries assessed. This year’s score therefore reveals that corruption is on the increase in Zimbabwe.

Over the year a lot of corruption issues have emerged in the media from some of the key institutions and sectors such as education, health, mining, sports, and agriculture, among others.

Corruption has been rampant in the education sector where gross nepotism has been used by education officials to exclude deserving orphans from benefiting from the Basic Education Assistance Module.

In the health sector, drugs meant for free distribution to HIV-positive people were being sold by nurses.

The extractive industry has been tainted with incidents of bribery in the issuing of mining licences and claims.

All this shows that corruption in Zimbabwe is a key governance issue which is affecting development and the democratisation process, Corruption amounts to a dirty tax, and the poor and most vulnerable are its primary victims.

There is need, therefore, for the government to step up anti-corruption initiatives. Politicians and leaders should show the will to combat corruption. The government must prioritise better rules on lobbying and political financing, make public spending and contracting more transparent and make public officials and institutions more accountable.

The Zimbabwe Anti-Corruption Commission remains incapacitated to achieve its mandate. While legal  frameworks to combat corruption exist, it is also imperative to move towards implementing and enforcing various legislation such as the Criminal Law (Codification and Reform) Act, the Prevention of Corruption Act and international instruments such as the United Nations Convention Against Corruption that deter abuse of office.

Since corruption has a demand and supply side, it is important that the citizens of this country take a lead in fighting corruption by denying bribes and kickbacks.

Over the past few years critics have blamed corruption on the office bearers and those in power.

In-depth analysis of the matter reveals that it’s the ordinary citizens who are actually fuelling corruption through bribing the bureaucrats and the office bearers. This means that the power to combat corruption does not lie in the various pieces of legislation and institutions, but in people and the culture that they choose to adopt.

After a year with a global focus on corruption, people’s expectations were that the governments would take a tougher stance against the abuse of power.

The Corruption Perceptions Index results demonstrate that there are still many societies and governments that need to give a much higher priority to this issue. The government is strongly called upon to have a serious re-think in enacting effective anti-corruption mechanisms for the betterment of the country.