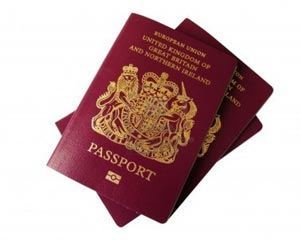 A Zimbabwean-born British woman is up in arms with the United Kingdom’s Home Office after it refused to renew her children’s passport, saying the original ones had been issued in error.

A Zimbabwean-born British woman is up in arms with the United Kingdom’s Home Office after it refused to renew her children’s passport, saying the original ones had been issued in error.

Now back in Zimbabwe, Barbara Nicholas says her children have been rendered stateless because of the failure by the UK Home Office to renew their passports.

Nicholas says she and her family moved to the UK in 2003, where they all acquired British citizenship, with her children receiving passports in 2007.

Later in 2007, she says they were forced to return to Zimbabwe after her in-laws were kicked off a farm where they were working. Prior to working, they had lost their own land in 2000 during the fast-track land reform exercise.

“As they [in-laws] were destitute and moneyless, having received no compensation for the farm they bought, we were left with no choice but to return to Zimbabwe to try and help them get sorted,” she said in a letter addressed to the British consular services.

“As things turned out and lack of finances, we were forced to remain in Zimbabwe.”

The children’s passports expired last February and Nicholas has been struggling to renew them.

However, the British embassy in South Africa said since both the children and their mother were born in Zimbabwe, the offspring could not claim British citizenship by virtue of their mother being a citizen.

“[Your mother] is a British citizen under section 5(1) of the British Nationality Act of 1948 and Section 2(1)b of the Immigration Act of 1971,” read letters addressed to the two children, Matthew and a minor.

“She is, therefore, classed as a British citizen by descent and unable to transmit citizenship to a further generation born abroad.” The case has been described as a test case, considering that both parents have British citizenship, while their children have been refused the same.

Considering that Zimbabwe does not allow dual citizenship, the children will be stateless, unless they renounce the British citizenship that they have been denied.

They renew their Zimbabwe residence permits every year.

However, according to British citizenship laws, “a minor child of a British citizen by descent, but subject to certain specific requirements such as residency in the United Kingdom for a period of three consecutive years” can apply for citizenship.

It is this clause that the Nicholas family hopes to exploit, maintaining that their children had resided in the UK for more than three consecutive years as minors of a British citizenship and they deserved to be citizens as well.

Repeated efforts to get a comment from the British consular services in Pretoria proved fruitless, as they did not respond to several e-mails.

Efforts to get a comment from Registrar-General Tobaiwa Mudede last week, were also fruitless.