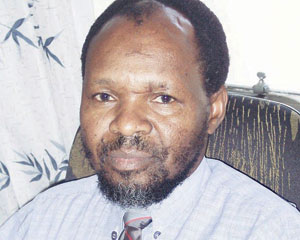 DISGRUNTLED Zanu PF and MDC-T candidates contesting the July 31 elections as independents have little chance of winning or affecting the final outcome as they are marginal vote getters.

DISGRUNTLED Zanu PF and MDC-T candidates contesting the July 31 elections as independents have little chance of winning or affecting the final outcome as they are marginal vote getters, analyst have said.

But others said although they rarely win elections, independents can act as spoilers and split votes, especially when the candidate is strong, or when the race between the two other contenders is especially close.

At least four Zanu PF members are contesting as independent candidates after they were either blocked or allegedly robbed of victory in the primary elections.

A number of disgruntled MDC-T members are also in the race as independent candidates.

Although most of the candidates were beaming with confidence, analysts said history has proven that independents have never made an impact as they do not have adequate resources in a country where politics is largely party-centred.

Since Independence in 1980, only two candidates with strong links to Zanu PF have made it into Parliament as independents.

Political activist, Margret Dongo won in Harare South in 1995, while Jonathan Moyo won in Tsholotsho North in the 2005 and 2008 elections after Zanu PF had blocked them.

Political analyst, Alois Masepe said independent candidates have no place in Zimbabwean politics where there was a contestation between the past and a new order.

“It’s either we maintain the status quo and vote for the revolutionary party [Zanu PF] which does not want to change or we choose another party [MDC-T]which is promising change,” he said.

University of Zimbabwe political science lecturer, Eldred Masunungure said the independent candidate’s phenomenon was not a big feature in the July 31 polls, unlike in 2008 when they constituted 13% of contenders.

He said already a number of independent candidates including suspended Zanu PF Manicaland provincial chairman Mike Madiro (Mutare North) and his deputy, Dorothy Mabika (Chipinge central) have chickened out, with indications that more are to follow suit.

“Their ripple effect is not going to be a whirlwind or political tsunami because numerically they are in the minority and therefore only a few constituencies will potentially be affected by the spoiler effect,” Masunungure said.

Oxford University lecturer, Phillan Zamchiya said the manner in which the party primary elections were held disadvantaged Zanu PF more than MDC-T when it comes to independent candidates.

Zanu PF allowed all card-carrying members to vote in primaries, with some losing candidates garnering up to 3 500 votes. The MDC-T on the other hand had a clearly defined small electoral college. “These thousands of people who voted for the Zanu PF candidates carry the emotional vote. They tend to be emotionally attached to a candidate and can again vote for him or her come elections,” he said.

“For the MDC-T, there isn’t that emotional vote because an electoral college voted. Even the branches did not vote in the primaries.”

He said even the likes of political scientist Ibbo Mandaza, in his Mazowe backyard, only managed to poll 446 votes as an independent candidate in 2008.

Law lecturer, Munyaradzi Gwisai, who ran as independent candidate in Highfield after being expelled by MDC-T, polled a paltry 73 votes in a by-election in 2003 compared to the 12 336 he garnered in the 2000 polls when he was the party’s official candidate.

“Given this trend, and also the Zimbabwean political landscape in which candidates are mainly viewed not in terms of who they are and what they are offering to the electorate, but the party ticket they are carrying,” said Bere. “I foresee a continuation of the dismal performance of independent candidates.”

However, he said although they have failed to garner enough votes to win seats, they have been spoilers. Bere said in constituencies where parties have fielded two candidates or where a member decides to contest as an independent, they have caused the splitting of votes.

The political analyst cited the 2008 elections where the MDC-T fielded two candidates in many constituencies in the Midlands, resulting in the party losing 21 of the 28 seats in the province to Zanu PF.

“This is the reason why parties in the GPA have adopted the position of candidates having to have their nomination papers signed by senior leadership,” he said.

Bere foresees parties trying hard to convince their members to pull out before July 12.

Political analyst George Makoni said the issue of independent candidates should not be taken for granted.

He said with the 50% +1 vote requirement as stipulated by the constitution, no political party or individual can afford to lose even a single vote, particularly in the Presidential race.

Makoni said in the 2008 harmonised elections, Mavambo/Kusile leader Simba Makoni who was an independent candidate, got 8% of the total vote which was in any measure very significant.

“Independent candidates give the disgruntled electorate an alternative and usually party supporters prefer to give a vote to a ‘rebel’ for he/she shares their frustration,” he said.

Makoni said for some supporters, it was difficult to totally cross the floor to the other end, hence they preferred to cast the vote for someone who used to share the same ideology with them.

He said this would disadvantage political parties especially in swing constituencies, citing Bikita West in 2008, where 20 votes separated Heya Shoko (MDC-T) and Elias Musakwa (Zanu PF), with an independent candidate who campaigned under the Simba Makoni banner garnering 90 votes.

“If it had so happened that there was no independent candidate, the result could have been totally different,” said Makoni.