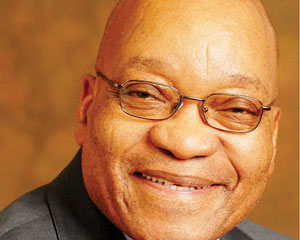 SADC troika leaders were last night locked up in a crisis meeting in Pretoria, South Africa to discuss the hurdles affecting Zimbabwe’s electoral processes ahead of next week’s harmonised polls.

SADC troika leaders were last night locked up in a crisis meeting in Pretoria, South Africa to discuss the hurdles affecting Zimbabwe’s electoral processes ahead of next week’s harmonised polls.

The meeting of the presidents of Mozambique, Tanzania and Angola with President Jacob Zuma, the Sadc appointed facilitator for Zimbabwe, came one day after the African Union Peace and Security Council also met in Addis Ababa, Ethiopia.

The Council discussed the pending elections in Zimbabwe, Madagascar, Mali and Togo.

“I can confirm that the leaders are meeting this evening [yesterday] to discuss reports submitted by the political parties,” she said.

She said Zuma had called President Robert Mugabe to tell him he was not pleased with the run-up to the poll on July 31.

MDC-T secretary for international affairs, Jameson Timba said although the Troika leaders were meeting on their own, his party made its submissions on Friday to update Sadc on the developments taking place in the country.

Timba, who is also the minister of state in Prime Minister Morgan Tsvangirai’s office, said the key issues raised by his party included the shambolic manner in which last week’s special voting exercise for the uniformed forces was conducted and concerns regarding the credibility of the voters roll.

“But most importantly, we underscored that we were vindicated with respect to the practicability of the July 31 election date,” he said. “What happened with the special voting proves we were right. The country needed time to adequately prepare for a free and fair election.”

Timba said the MDC-T would stand guided by the deliberations and decision of last night’s Troika meeting. Sources said the meeting was likely to discuss the recent Sadc Maputo resolution which ordered Mugabe to approach the Constitutional Court (ConCourt) to extend the July 31 deadline to hold harmonised elections.

The ConCourt however rejected the application insisting elections be held on the proclaimed date.

Most resolutions by Sadc at the Maputo summit were never implemented by Mugabe casting doubt on whether the meeting’s recommendations would be adhered to, in order to level the electoral playing field.

Concerns have been raised over poll preparations with Treasury saying funding had not yet been secured.

The special vote was marred by administrative and logistical challenges, resulting in over 40 000 out of the 69 000 registered failing to cast their ballots. Sadc is the guarantor of the GNU and does not want a repeat of the 2008 scenario where elections were disputed.

Meanwhile, the AU Peace and Security Council said it looked forward to the successful conducting of free, fair and transparent elections in Zimbabwe.

In a communiqué after its meeting on Friday, the Council said it welcomed the on-going deployment of AU election observers in the country.

It called on all political stakeholders in countries heading for elections to take the necessary steps to conduct peaceful, credible and timely elections in order to reduce political tensions on the continent.

“Council welcomes the generally peaceful and calm political atmosphere in Zimbabwe in the run-up to elections scheduled for 31 July 2013 and commends the efforts of the Government of National Unity to this effect,” said the AU.

“Council commends Zimbabwe on a successful referendum and the coming into force of a new Constitution. Council further welcomes the expressed commitment to peaceful elections by all the stakeholders in the country and urges all of them to positively contribute to holding free, fair and transparent elections on 31 July 2013.”