The Hague: Legal capital of the world 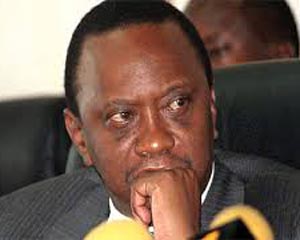 EGYPTIAN diplomat and former United Nations Secretary-General, Boutros Boutros-Ghali once described The Hague as the, “Legal capital of the world.”

EGYPTIAN diplomat and former Secretary-General of the United Nations, Boutros Boutros-Ghali once described The Hague in the Netherlands as the, “Legal capital of the world.”

Today other African leaders want nothing to do with The Hague, amid a perception that the International Criminal Court (ICC) based in the Dutch city was only targeting Africans.

But The Hague does not only host the ICC, which is in fact the youngest international justice institution having been established in 2002 under the Rome Statutes.

Dubbed the International City of Peace and Justice, The Hague is a host to 160 international institutions and organisations, committed to working towards world peace.

According to experts, The Hague has been an international city and a centre of legal knowledge since the late 16th Century.

At the end of the 19th Century Nobel Peace Prize winner, Tobias Asser founded the Hague Conference on Private International Law in 1893, making it the oldest international organisation in The Hague.

The Permanent Court of Arbitration, the body that mediates disputes between countries, was to be created six years later following the First Peace Conference. It is based at the International Peace Palace together with the International Court of Justice (ICJ), the UN system’s highest judicial body.

The ICJ settles legal disputes between states. It is the highest UN court where states can be held accountable for not following international treaties. The Permanent Court of International Justice, branch of the League of Nations, also used to be based in the Peace Palace.

Two hybrid or mixed courts with both national and international judges are also based in The Hague after they were set up by the UN Security Council. These are the Special Tribunal for Lebanon (STL), set up to try suspects in the assassination of former Prime Minister, Rafic Hariri.

The Special Court for Sierra Leone, based in Freetown, moved the trial of former Liberian President Charles Taylor to The Hague, also for security reasons.

Taylor was last year convicted of 11 counts of war crimes, crimes against humanity and other serious violations of international humanitarian law and sentenced to 50 years in prison.

He was the first former head of state convicted by an international tribunal since World War II.

Both the STL and Taylor’s trial were taking place at the premises of the ICC and at the STL, creating confusion of who was leading the process.

The UN Security Council in 1993 also set up The Hague based International Criminal Tribunal for the former-Yugoslavia (ICTY).

Zimbabwean Elizabeth Gwaunza is one of the judges of the ICTY. The tribunal has indicted 161 persons, among them the Serbian nationalists Radovan Karadzic and Ratko Mladic who were accused of killing and participating in a joint criminal enterprise to permanently remove Bosnian Muslims and Bosnian Croats in Bosnia Herzegovina.

The International Criminal Tribunal for Rwanda (ICTR), which sits in Arusha, Tanzania, was created by the UN Security Council in 1994.

The ICTR also has chambers located in The Hague.

‘ICC is a court of last resort’

The ICC has generated a lot of controversy with African leaders recently threatening to quit the body, accusing it of unfairly targeting them.

The leaders who met at an African Union summit in Ethiopia later resolved that no African head of state should appear before an international court. They demanded a deferral of The Hague trial of Kenyan President, Uhuru Kenyatta, due to start in November.

The ICC also issued a warrant of arrest in 2009 for Sudanese President Omar al-Bashir over alleged war crimes in the Darfur region.

The ICC is the court of last resort and acts when a country is unwilling or unable to prosecute crimes of concern to the international community, namely genocide, war crimes and crimes against humanity. It is not part of the UN system, although the Security Council can refer a situation for investigation.

The ICC has become embroiled in criticism for exclusively focussing on criminal cases in Africa without looking at breaches of international law elsewhere.

Max du Plessis of the Institute of Security Studies in Pretoria told The Standard at an ICC Assembly of Parties (ASP) in The Hague last year that it was important to correct the perception that there was bias towards the prosecution of cases in Africa, while neglecting similar violations by countries such as Israel.

“The fact remains that there is a perception that the ICC is evidence of what Africans had suspected, even feared, all along — that the ICC would be used by the powerful in their own interests against the developing world,” he argued.

The ICC has maintained that most of the cases it was handling were referred by African leaders themselves or the UN Security Council. Zimbabwe has refused to ratify the Rome Statute, accusing the ICC of deviating from its original mandate and using it in a discriminatory manner to punish leaders from developing countries.