Diamond talks, a boost for economy 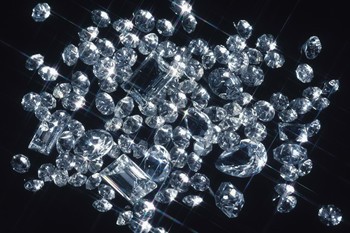 Re-engagement talks between Zimbabwe and Antwerp World Diamond Council may result in the country’s precious gems finally getting their fair value on the international market.

For years, rough diamonds mainly from Marange have been traded in an opaque manner that prejudiced Zimbabwe of millions of dollars through smuggling and the undervaluing of the gems.

It is anticipated that an open international market for the diamonds would push the prices to optimal levels, boosting the local industry, which is projected to produce 17 million carats this year.

What needs to be addressed, however, is the lack of transparency that has dogged the diamond industry since 2009, when Zimbabwe started commercially mining the Chiadzwa diamonds.

Up to now, only a few officials in government know for sure the quantities of diamonds that have been mined, the revenues generated and how they were used, despite the fact that the diamonds are a national resource.

Former Finance minister Tendai Biti left government recently without that crucial information. Biti put up a spirited fight but was largely left in the dark by the ZMDC and the mining companies operating in Marange.

The opaque nature of the marketing of diamonds, which was designed to evade sanctions, spawned an illicit trade that enriched the well-connected at the expense of the majority.

On Thursday, former Prime Minister Morgan Tsvangirai raised the matter in Oxford, where he lamented that the discovery of the precious gems had only benefitted the elite, at the expense of the poor majority.

The situation still prevails at the moment, and if left unaddressed, the anticipated boom in diamond business may only benefit the elite and not the nation at large.

So far, there is little to suggest that the new Zanu PF government is keen to change the way things have been operating since it benefits from the status quo. It is therefore critical that the new Minister of Mines Walter Chidhakwa makes sure that there is a step change in the diamond industry.

He should ensure diamonds are accounted for, marketed transparently, and that proceeds benefit the nation, not a few crooked individuals.