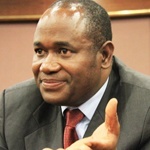 BANKS have proposed the setting up of an emergency fund to bail out institutions among a raft of measures to stem the prevailing liquidity challenges.

BANKS have proposed the setting up of an emergency fund to bail out institutions among a raft of measures to stem the prevailing liquidity challenges.

This comes as some banks, mostly indigenous, have put a cap on withdrawals while their automated teller machines are not dispensing cash.

The situation has been made worse by government which seems clueless on resolving the liquidity challenges whose systemic effects were being felt across all the sectors of the economy.

In interviews with banking executives, who requested anonymity due to the delicate nature of the liquidity squeeze, The Standard was told yesterday the interventions have to come as a matter of urgency to avoid the situation escalating to crisis levels.

They said if the situation was to deteriorate further, the impact on the economy would be devastating and the interventions required would be beyond the reach of the cash-strapped government.

If the situation was allowed to persist, the biggest casualties would be the small indigenous banks that have been extending loans to the productive sectors of the economy.

“The collapse of such [indigenous] banks would fly in the face of the policy of government to support indigenisation,” an executive said.

Another executive concurred: “Allowing the collapse of those banks that support national programmes is akin to confirming the fact that banks should in future follow stricter risk management policies which curtails lending to sectors of the economy.”

They warned that the collapse of any bank would lead to the wiping out of savings of smaller depositors such as civil servants, schools, churches, hospitals and parastatals with devastating social and economic end results.

The banking sector is still smarting from huge withdrawals just before the July 31 harmonised elections. It is estimated that US$1 billion had been withdrawn from the banks and the money is still outside the formal banking channels.

This, according to bankers, has fuelled the liquidity challenges.

“If you are not using your money no one will use it unlike in banks where it can be used by someone else. If that money is in the banks it unlocks other transactions and this is the multiplier effect of putting money in the bank,” a banker said yesterday.

“Confidence is an invisible asset of the economy.”

In the past the central bank raided foreign currency accounts of companies at various banks to fund critical government needs. The Ministry of Finance recently said it would assume that debt but has not prescribed how it would do so.

“The takeover of the debt should be done now to avoid market speculation,” an executive with a listed bank said.

He said government should shoulder the blame by providing policy certainty after pushing the national budget, supposed to be announced this month, to next year.

“A fiscal budget gives direction to where the government is going. It helps companies to align their plans to budgets.”

Analysts say the underperformance of exports has meant that the country imports more using the little money available.

Zimbabwe is struggling to tap into foreign direct investment inflows as investors are wary of the indigenisation legislation that gives locals control ahead of foreigners who would have brought the money required to start companies. LIQUIDITY CHALLENGES FORCE COMPANY CLOSURES

Liquidity challenges have manifested in company closures as banks are unable to offer long-term working capital for retooling and boosting production. It has resulted in high default rate by companies and individuals.

Non-performing loans reached US$500 million in the first half of the year amid fears that banks would curtail lending. The percentage of non-performing loans out of total loans and advances was 13% during the period, the highest in Southern Africa.