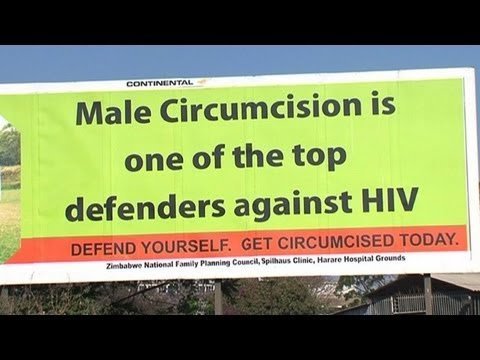 THE government targets to have circumcised at least 217 800 men by the end of this year as it intensifies efforts to curb the spread of HIV and Aids.

THE government targets to have circumcised at least 217 800 men by the end of this year as it intensifies efforts to curb the spread of HIV and Aids, a senior government official has said.

The director for Aids and TB Unit in the Ministry of Health and Child Care, Owen Mugurungi said they had put together the necessary resources for this year’s circumcision programme to commence.

“We understand that this is a high target, but so far, with the support from our partners, we have managed to put together the essential inputs, including human resources to enable us to meet the target,” said Mugurungi.

“However, we are still continuing to mobilise more resources to support the comprehensive scale up for our HIV prevention interventions.”

Mugurungi said the ministry managed to reach up to 98% of its annual target last year.

“From the successful 2013 programme, we are looking at availing more sites offering the service and we are currently working on an intensive programme of training more doctors, nurses and supporting teams,” he said.

He said the ministry would this year introduce the Prepex method of circumcision, which will be offered at a selected few sites and then scaled up as the year progresses.

Prepex is a non-surgical circumcision device which uses rubber bands. It was developed by Circ MedTech, an Israeli company founded in 2009. A plastic ring is inserted inside the foreskin and a rubber ring is placed on the outer foreskin, on top of the inner ring.

The outer ring clamps on the inner ring stopping the flow of blood to the part of the foreskin that is to be removed. Within a week the foreskin dies from a lack of oxygen and either falls off on its own or is easily cut off; without an anaesthesia or sutures being required. Mugurungi said the ministry had encountered challenges including an inadequate human resource base to undertake male circumcision at some places, particularly in remote areas.

He however allayed fears that complications like infections during circumcision could lead to impotence.

“Zimbabwe is one of the countries with the safest male circumcision programme in the region because of the training approach,” said Mugurungi.

“All doctors and nurses who provide male circumcision services undergo additional training despite the training they would have received in the pre-service period.”

Male circumcision is a common practice in many parts of sub-Saharan Africa. The government in 2009 adopted circumcision as one of the comprehensive HIV prevention strategies, setting a target of circumcising 1,2 million men by 2015.t