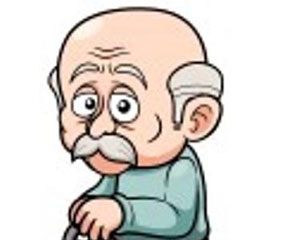 Sunday Mail Editor, Edmund Kudakwashe Kudzayi, was yesterday “unmasked” as the brains behind the popular Facebook page Baba Jukwa in the magistrates court.

This followed his arrest and detention over allegations of attempting to overthrow the government, charges that brought him to court yesterday.

He was later led into court room number 6, where before proceedings started, he managed to crack a joke with several journalists saying: “You reporters must learn to greet your bosses, remember I am still the Editor. I am your boss.”

Kudzayi (28), of 65 Brooks Drive Hillside in Harare, was picked up by law enforcement agents on Thursday last week and charged with subverting a constitutional government or alternatively attempting to commit an act of insurgency, banditry, sabotage or terrorism.

The “computer guru”, according to the police, was also charged with publishing or communicating false statements prejudicial to the state or alternatively undermining authority of or insulting the President.

According to police investigations, Kudzayi, acting in connivance with his elder brother who is said to be still at large, Phillip Tawanda, together with other unnamed suspects, created a Gmail account called babajukwa2013@gmail.com using an Econet line number 0771 446 541 registered in Phillip’s name.

It is alleged the said Gmail account, whose Econet line is still being used by Phillip, was used to create a Facebook account called Baba Jukwa.

Harare Provincial Magistrate Vakayi Douglas Chikwekwe remanded him in custody to tomorrow for his bail application after Chief Law Officer, Tawanda Zvekare and his (Kudzayi’s) lawyer Joseph Mandizha agreed to have the matter postponed.

Allegations against Kudzayi are that sometime in April last year, he connived with his elder brother Phillip and the others still at large, whereupon they “hatched a plan to overthrow the government by unconstitutional means” in the run up to July 31 general elections.

Pursuant to their plans, it is alleged, Kudzayi posted articles on the Baba Jukwa Facebook page which reportedly encouraged rebellion against the government if the July 31 general election were stolen.

The State also alleges Kudzayi and his group further posted articles on the social networking platform to the effect that they had a Dare Rechimurenga in place and that a team was on the ground studying and monitoring the situation in Zimbabwe.

The State however, contends that Kudzayi’s creation of Baba Jukwa Facebook page was “meant for the consumption of Zimbabweans and to whip-up emotions from those who would have read the said articles on Baba Jukwa’s Facebook account.

On May 11 this year, The Sunday Mail, according to police, published a story about the identity of Baba Jukwa titled, Hackers unmask Baba Jukwa but investigations however, revealed that Kudzayi, the editor of the paper, was the one in control of the Baba Jukwa Gmail account as his details were on the recovery panel of the said account.

The police however, argue that their investigations revealed that the said account was never hacked.

The State also alleges that on August 7 2008 Kudzayi wrote and published an article in the Zimbabwe Mail online publication attacking the President of Zimbabwe, Robert Gabriel Mugabe.

In the said article, according to the State, Kudzayi went on to “falsely label the President a dictator who commits gross human rights abuses” and further accusing him of having stolen the 2008 elections and that he had been presiding over an economic collapse.

He further called the President “a tyrant” and accused him of taking the land from the white farmers and giving it to his cronies and not the people of Zimbabwe.

Kudzayi was also charged for not ensuring that his ammunition recovered by police in his house was properly secured.