I am still provincial chairman: Gwanetsa 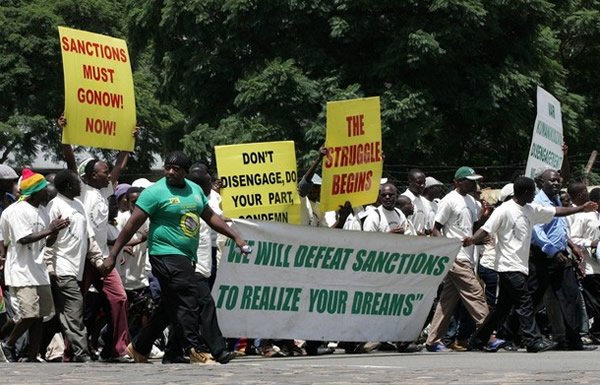 Masvingo — Retired brigadier-general Killian Gwanetsa says he is still the Zanu PF provincial chairman, despite a vote-of-no confidence passed on him

Masvingo — Retired brigadier-general Killian Gwanetsa says he is still the Zanu PF provincial chairman, despite a vote-of-no confidence passed on him by the executive for supporting Vice-President Joice Mujuru.

The executive, which is sympathetic to the Mnangagwa faction, announced that his deputy, Paradzai Chakona, was now the acting chairman.

However, in a provincial executive council (PEC) meeting attended by 35 members at the Chiefs Hall yesterday, Gwanetsa said he was not against being removed from office if it was done according to the party constitution, but would not be forced out unprocedurally.

The PEC meeting resolved to instead pass a vote-of-no confidence to Chakona, whom they accused of flouting party procedures and the constitution.

“It is a nullity….It is not bad to be removed from office, but it should be done procedurally. That meeting was not above the law. As of now, I am still the chair; I have not yet received a letter from the politburo, which decides my fate. We should stand guided by our party constitution,” he said.

Gwanetsa said the PEC was the only organ which can oust the chairman, as happened to Temba Mliswa when 26 out of 50 members voted for his removal.

“The PEC should constitute 50 people — 40 from the main wing and 10 from the youth and women (five from each wing). The provincial secretary for administration and provincial administrator were supposed to call that meeting,” he said.

“I should have been present and they should have told me in my face, but I was never invited at the meeting. The two [provincial secretary for administration and provincial administrator] were never told of the meeting as is enshrined in our party constitution,” he said.

According to Article 29, section 251 of the Zanu PF constitution, for a vote-of-no-confidence to be passed, the PEC should have majority, meaning 26 people and above.

Section 89 also empowers the PEC to pass a vote-of-no-confidence or suspend the chairman.

Gwanetsa said he wondered which party organ was used to suspend him.

“No one here attended and signed the vote-of-no-confidence. It was outside the auspices of the party constitution. The PEC does not have 70 people; as they said, 73 members attended,” he said.

“The meeting was illegal. After all, the document with a vote-of-no-confidence has no signatures or minutes of the meeting.”

Speaking in the same meeting, provincial spokesperson, Goddart Dunira said the impeachment by Chakona was of no effect.

“That was not a Zanu PF meeting; they were just using the name of the party to push their agendas. It was not procedurally called for. That document is useless, Chakona has expelled himself,” he said.

In the same meeting, provincial political commissar Killian Sibanda said they should discipline Chakona for bringing discord in the party.

“These are people who want us to lose focus and concentrate on petty issues, instead of delivering what we promised to the electorate. We should cleanse the party of such people,” he said.

Other resolutions from the meeting were the endorsement of President Robert Mugabe and the elevation of his wife, Grace.