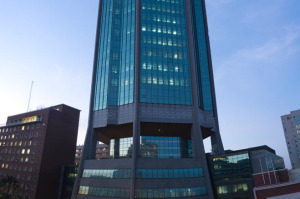 ZIMBABWE this year lost $500 million through illicit financial out flows (IFFs) as government failed to plug leakages, latest statistics from the Reserve Bank of Zimbabwe (RBZ) have shown.

ZIMBABWE this year lost $500 million through illicit financial out flows (IFFs) as government failed to plug leakages, latest statistics from the Reserve Bank of Zimbabwe (RBZ) have shown.

IFFs are illegal movements of money or capital from one country to another and can take the form of funds that are illegally earned, transferred or utilised.

Central bank statistics have shown that $500 million — an eighth of the $4 billion 2016 national budget — has been lost in the country through such leakages.

The leakages come at a time government has been battling to raise money to meet its growing demands. Salaries and wages gobble 80% of the revenue generated, leaving little for capital and social projects.

Illicit financial flows in Zimbabwe occur through mispricing by under-invoicing or over-invoicing exports, and remittances of funds without proper documents.

The figures suggest that over the last five years, the country could have lost $3 billion in illicit financial flows if the figures recorded have been consistent over the years. Zimbabwe like other African countries, does not have strict laws on the movement of cash. Most transactions in Zimbabwe are done in cash.

Sources say some of the funds left the country in the form of donations or school fees to other countries. The sources say movement of cash in other countries is not as easy as it is in Zimbabwe and the situation was worsened by the multicurrency system.

Central Bank governor John Mangudya told Standardbusiness that IFFs could also come in the form of tax evasion whereby companies utilised individuals so that the funds could be easy to transfer as free funds to avoid taxation.

“We are working towards taming the illicit financial flows in the country. There are so many leakages in this country. These funds are not for buying but it is mispricing, under-invoicing and this destroys the integrity of the payment system,” Mangudya said.

He said RBZ and government were working on measures to curb the illicit financial flows.

He, however, would not shed more light on what the authorities were doing, saying this would alert perpetrators.

They also strip resources that could be used to finance growth and enhance investments by weakening economic potential of a country.