Students not reading into Caps troubles 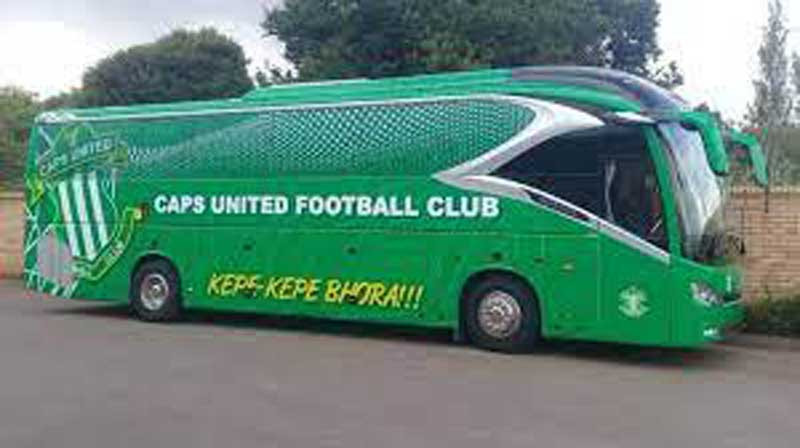 The Green Machine players threatened to boycott their league clash against Highlanders at Barbourfields at the weekend and only agreed to make the trip after assurances by the club management they would be paid early this week. They only trained on Friday and Saturday before making the trip to Bulawayo.

They have not been paid for three months now. While they put up a brave show against Highlanders and even raced into the lead courtesy of a fabulous strike by the league top goal scorer William Manondo, they eventually lost 2-1.

The latest problems are already undoing the great work the team had done in the second half of the season. The Harare giants had seemingly dug themselves out of the relegation mud having gone on a six-match unbeaten run which ended in a defeat to Highlanders at the weekend.

This week, they trained Tuesday and Wednesday after being assured that their salaries would reflect between those days. However, they refused to train yesterday after realising that nothing was coming into their empty coffers.

Only a few fringe players turned up for practice at Standard Chartered Sports Club, with regular players adamant that they would only turn up after being paid.

However, Herentals are refusing to buy the narrative that they can have it easy against the Harare football giants.

“We are not reading much into their problems. They (Caps United) are a big team. They have gone through those difficulties and done well. We are still underdogs going into the match, so we have been training as normal. We are ready for them. We are a team determined to win,” said Mutiwekuziva.

The Students are enjoying a good run of six matches unbeaten. Last week, they staged a big comeback after recovering from a one goal deficit in the first half against Tenax to fire three goals in the second half to wrap up the match.

The big victory lifted them to fifth position on the league table with 29 points from 25 rounds of matches.

The defeat to Highlanders left the Green Machine in 12th place with 29 points after 25 matches. Another defeat on Sunday will leave Caps United in real danger of relegation since it is only five points above relegation cut off.