Herentals, Manica in battle of wits 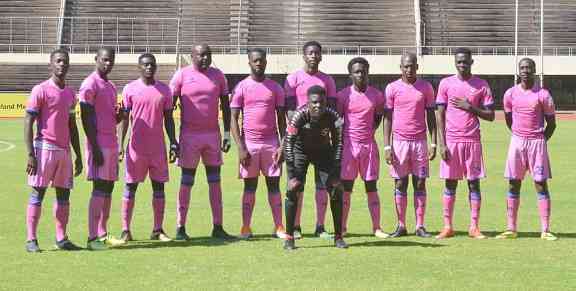 The clash pits two teams that have generally done well in the league, with Herentals sitting on fifth position on the league table with 41 points, while Manica Diamonds are 7th with 39 points. Both are safe from the threat of relegation and should make for a spicy encounter.

The Chibuku Super Cup represents their only chance of silverware, even if both are underdogs at this point.

Mutiwekuziva said the better team on the day would progress.

“We have put our focus on the Chibuku Super Cup against Manica Diamonds. Training has been going on very well, there is a lot of concentration to try and progress to the next round. We respect Manica Diamonds, they are an experienced team with quality players, the likes of Liberty Chakoroma and Collins Dhuwa. They can make a difference but we are determined to progress to the next round.  For us going through even to the semi- finals will be an achievement for us because we have never reached that stage since our promotion into the top league,” he said.

The Herentals coach added that while they would be happy to progress to the semi- finals,  the overall objective was to go as far as the final.

“Our target in every competition is to go as far as the final but it will be good for the club and for the players even to reach the semis.

“It will be the first time for us. I think it will be a 50-50 affair and the better team on the day will progress,” he said.

On their way to the last eight, Herentals shocked Ngezi Platinum 2-1 in the round of 16 while Manica Diamonds prevailed over Yadah 2-0.