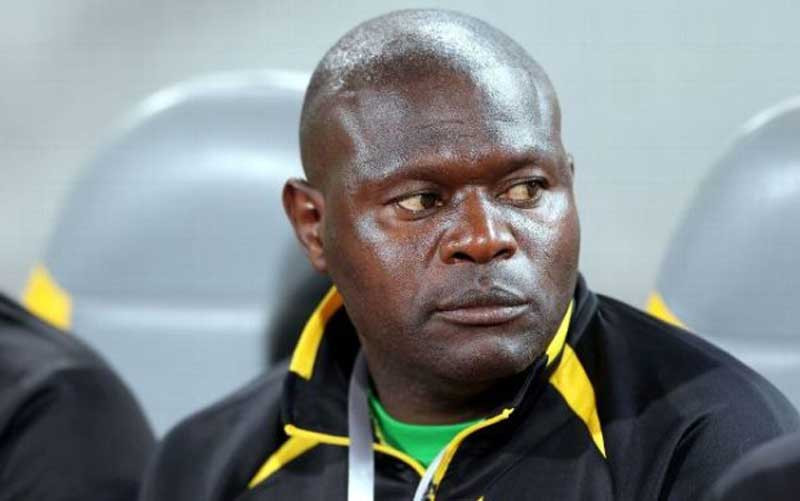 CAPS United coach Lloyd Chitembwe cannot wait for the season to end after the Green Machine endured a campaign to forget on and off the pitch.

Chitembwe expressed his frustration with the way the campaign had gone after his team staged a dramatic comeback from behind to edge Triangle 2-1 at the National Sports Stadium in Harare on Sunday — a result which eased their topflight football relegation worries.

Triangle raced into the lead on nine minutes through Emmaculate Mawuna before Emmanuel Mandiranga levelled matters on 87 minutes. Then Caps United won it at the death with a stunning strike from about 40 metres out by defender Ben Musaka.

The win took Caps United points to 34, six above the drop zone with five matches left before the end of the season.

The win sparked wild celebrations from the supporters, technical team and players. It was a deserved victory, with the team having endured a four-game winless streak.

Caps United have been beset by cash flow challenges this campaign, with players going for several months without salaries.

Chitembwe said this season has been a nightmare for them and is looking forward to a fruitful campaign next season.

“We just want to finish the season as quickly as possible. To be honest, this season has been a nightmare for some of us. I want to believe it has been the same for the supporters. They have had very few happy moments, they have endured for longer the sad moments,” Chitembwe said.

“So, I think they just wish they can get over this season and start a new one which I am quite optimistic will bring something fresh to the team. That’s what I think. Honestly speaking, I think the club deserves more.

“The fans have gone through a lot. You cannot talk of a seven-match streak without a win. It’s unheard of, especially at Caps and they have endured. If this team is to achieve success in future, it belongs to them.”

The Caps United coach said he was happy with the team’s second half spirit and expects the same to continue in the remaining five matches of the season.

The Green Machine travel to Rusape in their next league match against Cranborne Bullets hoping for revenge after they lost 2-0 in the reverse fixture, a match Caps United players threatened to boycott over unpaid salaries.

Although Cranborne Bullets appear safe from relegation with 35 points, one more than Caps United, they would want to improve their log standing at the end of the campaign.