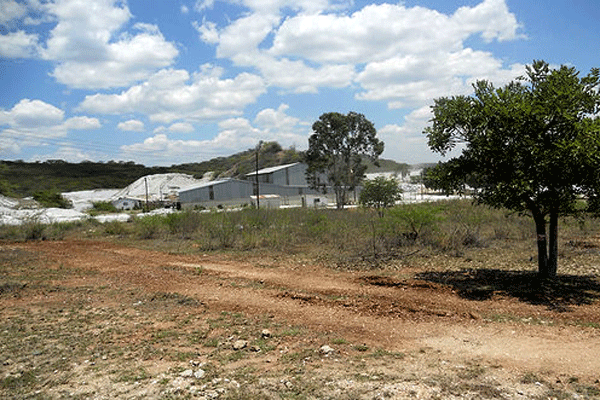 As corruption continues to hold Zimbabwe by the throat, it has become deeply entrenched in the mining sector, seeing billions worth of minerals that could have been enough to turn the fortunes of the economically troubled country around, being pillaged at a very large scale.

As corruption continues to hold Zimbabwe by the throat, it has become deeply entrenched in the mining sector, seeing billions worth of minerals that could have been enough to turn the fortunes of the economically troubled country around, being pillaged at a very large scale.

In clear admittance of the corrupt dealings in the mining sector, President Robert Mugabe in February made a shocking announcement — that $15 billion worth of diamonds from the Marange diamond fields had disappeared without a trace. To date, no one has been arrested over the confirmed diamond looting that has cost the country billions of dollars — and possibly much more — and it does not look like there are any serious investigations taking place to bring to book the culprits.

As the politically-connected corrupt elites continue to fatten their profits through unclear and unaccounted for mineral deals, the general public remains without a say as to how the “national wealth” is utilised. The government has the last say and unfortunately, it is the same government under whose watch $15 billion worth of diamonds were clandestinely looted. All that poor villagers in whose communities vast amounts of minerals are being mined have to show for it are harrowing tales of their displacement, appalling land degradation, health complications and in some instances illnesses and death that has emanated from consuming water polluted by dangerous chemicals deposited into water bodies by mining companies, spelling for them endless poverty and despair. With good governance and proper mineral management, the discovery of minerals could have been a blessing for communities but instead, it is now considered more as a curse and many — like the villagers in Marange — wish the minerals had never been discovered at all.

The Centre for Natural Resource Governance (CNRG) and Zimbabwe Peace Project (ZPP) recently held capacity-building workshops for councillors from various wards that were representing Bikita and Hwange, meant to educate them on socio-economic rights in the extractive sector. The workshops presented CNRG with a chance to learn from the community leaders themselves the impact that mining operations have had on their communities in order to put together an expeditious action plan to ensure that mining activities do not condemn their communities to the same fate that befell the people of Marange.

Zimbabwe’s biggest lithium miner, Bikita Minerals, has since 1947 been operating in Bikita, a district in Masvingo.

While the company has for a long time been extracting lithium — a very soft, silvery metal mostly used to make batteries — the councillors revealed they had since discovered that the company had for 45 years also been secretly mining tantalite and petalite. But because the mining company is partly owned by some powerful politically-connected people, operations continue undeterred in spite of the blatant dishonesty that would have cost the country a lot of money. In the meantime, there is nothing to show for the mineral wealth in the area — as far as the people’s welfare is concerned. Bikita, an area currently ravaged by acute hunger following the El Nino-induced drought, is home to impoverished rural families who are crying foul as the minerals in their area continue to be extracted with no direct benefit to them or any contribution towards the development of their area. Instead, the mining operations are endangering their lives. In communities housed along the mineral-rich belts, the belly of the earth is being disembowelled by heavy machinery. Soon, they say, the terrain will be left with tumours from the wreckages of the mineral operations and concerned communities are worried about their welfare. They say they find it painful to watch as the once picturesque landscape is gradually being turned into unsightly craters and gullies in Bikita.

Community leaders from Hwange had an equally sad story to tell. They bemoaned dislocations, land degradation, water population and a loss of livelihood as a result of the mining operations. Speaking at the workshops, the councillors blamed the country’s Environmental Management Agency (EMA) and the government at large for failing to monitor acts of environmental negligence and dismally failing to safeguard the country’s natural resources. They said failure by government to overhaul the mining sector by introducing policies that guarantee mining revenue inflows to the national treasury in order to sustain the country’s developmental needs has impacted negatively on the economy and increased vulnerability of communities living in resource-rich areas.

Because mining companies have not found it necessary to incorporate into their operations meaningful social responsibility initiatives, communities in Bikita and Hwange have been condemned to new poverty, seeing them having to live from hand to mouth.

Communities in Bikita and Hwange fear that by that time the miners are done with their area, they would be left in the same predicament as the Chiadzwa communities that were forcibly relocated after the discovery of diamonds in their area and are now singing the blues after some of the mining companies dumped them at Arda Transau farm without giving them compensation nor alternative means of survival. The councillors expressed concern that the same fate could be awaiting the Bikita and Hwange communities if the government does not take action to incorporate good governance in the mining sector.

A Chinese miner’s response to the raging investment question

In Zimbabwe, employment does not come-by easily and at Lowdale Farm in Mazowe South, Mashonaland Central province, the prospects of getting a suitable job were even slimmer.

There are serious psychological factors pushing us towards better behaviors, regardless of whether such actions are mandated or not.

On a lighter side, this  fast growing coal mining  town is ‘notorious’ for a dearth of picnic sites as  well as few hotels and lodges despite  high demand for such facilities.

On one hand, developing countries eyeing a switch from coal to natural gas to support higher penetration of renewables may be dissuaded by higher gas prices. On the other, the energy crunch could be proving once-and-for-all that natural gas is losing its role as a transition fuel, and that it’s time to rapidly scale renewables and battery storage for resiliency and reliability.

By The Standard Jun. 12, 2022
A Chinese miner’s response to the raging investment question

By The Standard Oct. 24, 2021
How will energy crunch transition impact transition to renewables?