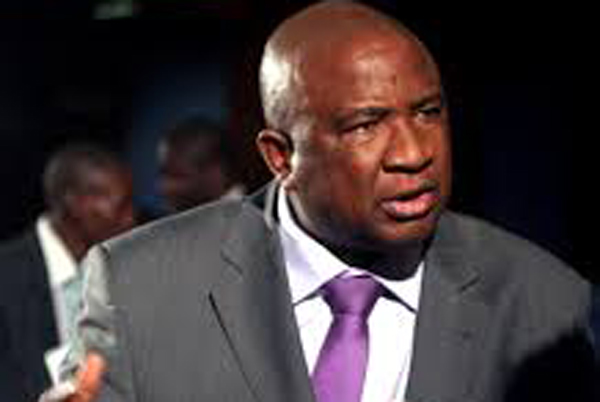 The Zimbabwe Football Association (Zifa) president, Phillip Chiyangwa, is embroiled in a nasty divorce with his wife of 30 years after the latter approached the High Court last week seeking nullification of the couple’s marriage, citing irreconcilable differences.

The Zimbabwe Football Association (Zifa) president, Phillip Chiyangwa, is embroiled in a nasty divorce with his wife of 30 years after the latter approached the High Court last week seeking nullification of the couple’s marriage, citing irreconcilable differences.

The businessman’s wife, Elizabeth Chiyangwa (Nee Jumah), filed the divorce papers last Thursday and Chiyangwa is yet to respond. In her declaration, Elizabeth said she married Chiyangwa on November 11 1988 in terms of the Marriage Act Chapter 37, now Chapter 5:11, and the marriage still subsists but she further says she has since lost love and affection for Chiyangwa and both have a mutual wish to be divorced.

“The relationship between plaintiff [Elizabeth] and defendant [Chiyangwa] has irretrievably broken down and there are no reasonable prospects for the restoration of a normal marriage relationship, more particularly in that; the parties have been living apart for a continuous period in excess of 12 months, since plaintiff moved out of the matrimonial home on September 18 2016,” Elizabeth’s lawyers, Zigomo Legal Practitioners said.

“It is accordingly just and equitable that the marriage relationship between the parties be dissolved based on their mutual consent. It is reasonable and practicable, and just and equitable, pursuant to the provisions of the Matrimonial Causes Act, that the matrimonial estate between the parties be divided in the manner set out in the original consent paper executed by the plaintiff and defendant in the presence of their legal practitioners that is to be filed of record with this honourable court based on their mutual consent and agreement.”

Chiyangwa and Elizabeth’s marriage hit a hard rock sometime in 2013 whereupon the latter filed divorce papers claiming 85% of the couple’s assets and $83 000 per month for 120 months as maintenance after the termination of the marriage.

However, a year later the flamboyant businessman wrote to the High Court requesting that his divorce case be scrapped off the court roll as the parties were reportedly locked in out-of-court negotiations to stop their acrimonious divorce.

The $230 million divorce case had been set down for hearing on June 13 2014 before High Court judge Justice Hlekani Mwayera. Elizabeth had sought to divorce the Native Investments Africa Group founder over alleged infidelity and demanded a lion’s share of the family’s $230 million estate.

But Chiyangwa objected to the divorce accusing Elizabeth’s lawyers of incompetence, for listing some properties that did not belong to him without verifying.

At one point Elizabeth demanded a $1 million once-off alimony and $85 000 monthly for her upkeep pending determination of the divorce case.