Mbeki: mediation efforts must start with healing and reconciliation 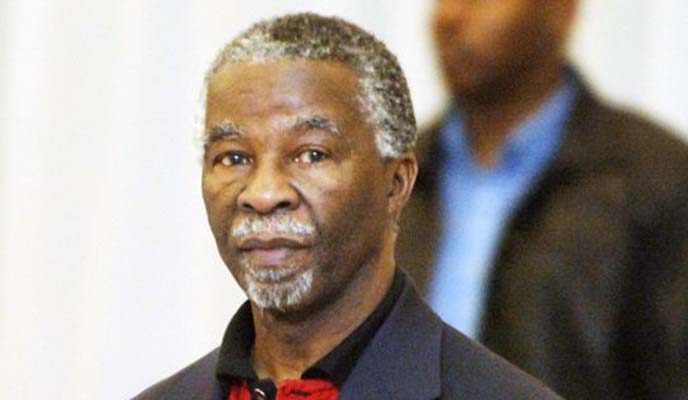 South African former president Thabo Mbeki’s visit to Zimbabwe last week raised a spectre of hope that the elderly statesman could have come to break the current political impasse.

South African former president Thabo Mbeki’s visit to Zimbabwe last week raised a spectre of hope that the elderly statesman could have come to break the current political impasse.

The visit, despite coming at a time when there is a high profile attempted murder case involving Vice-President Constantino Chiwenga and his wife, Marry, became a major talking point online and offline.

This, to a very great degree proves how ordinary Zimbabweans have reached a point where they feel the current political and economic situation, characterised by deepening polarisation and economic meltdown, is untenable.

We cannot continue like this. Something has to happen.

And if I am to proffer any solutions to the country’s problems, I would suggest that we begin with the root of it all, and that is the need for a genuine healing and reconciliation process.

Only that will rescue us from the polarisation, hurt, anger and bitterness and get us to understand that above all, we are Zimbabwean.

This is because Zimbabwe has gone through a series of hurtful and traumatising periods that include the 1896 uprisings against white settler rule, the 1960s war of liberation, the 1980s Gukurahundi massacres perpetrated against the Ndebeles and the post-2000 waves of political violence.

We have had recent incidences like the November 2017 coup, the August 1 2018 shooting of people by the army, and the January 2019 crackdown on civilians by the army.

Each of these phases have been marked by harassment, killings and discrimination based on religion, gender, political affiliation, race or tribe and many other elements that left trauma, pain and grief among the victims, their families and society in general.

With the country having never conducted a successful truth and reconciliation process based on broad participation towards national healing and reintegration, there is need for political will and genuine abandonment of self interest among those who have power in politics, business, traditional structures, among others.

While a National Peace and Reconciliation Commission has been set up, it has been hugely underfunded and is incapable of dealing with the grave crisis that we have.

To make its work more complex, the commission has been set up in a top to bottom approach, and it will take more effort to make it more inclusive. To give a perspective, we go back into history a little.

During colonial rule, it was clear that the colonial regime was never going to any healing process because for them suppression, segregation and harassment of black Zimbabweans was the colonisers’ means of survival.

The golden opportunity for a turning point came in at independence 1980.

Clearly, Zimbabweans were tired, angry and traumatised and were prepared to mount revenge on the former oppressor.

The anger was not only directed towards the whites as freedom fighters had also committed war crimes against societies within which they operated.

History is always slanted towards the winners and often without truth and reconciliation, it is always told in a way that portrays only the good side of the winners; but those who know well the history of the liberation struggle can testify to acts of rape, murder, plunder, intimidation, displacement and other war crimes committed by guerilla fighters against the same villagers that cooked for them.

So, it was a cocktail of anger in 1980, but it was overridden and briefly held back by the excitement and euphoria of a newly independent nation and the prospects of new opportunities and new freedoms.

In the same way, it was a window of relief and a chance to initiate a healing process by the incoming government.

But instead of seizing this opportunity, the new regime did not show — whether deliberately or not — enough courage to provide the conciliatory tone that sets the path for healing.

On the backdrop of a speech “forgiving” whites for all their transgressions, the then prime minister Robert Mugabe, his government and party officials were spewing hate speech and threats to the masses across the country.

In 1983, Mugabe referred to Joshua Nkomo, with whom he had fallen out, as; “The dissident party (Zapu) and its dissident father (Nkomo) are not only destined for rejection, but for utter destruction” and in another instance, referred to Nkomo as a “cobra” whose head had to be crushed.

This was to be followed by a massive government-instituted military crackdown, Gukurahundi, that is estimated to have left about 20 000 dead in Matabeleland and the Midlands provinces and eventually led to a unity agreement between Mugabe and Nkomo in 1987.

In year 2000, the land reform programme kicked off and was marked by violence and killings and hundreds of thousands of farm workers were displaced amid intimidation and harassment.

Since 2000, Zimbabwe has been going through phases of politically-motivated violence with an estimated over 300 people have been killed during the period.

More recently, a pro-democracy activist, Itai Dzamara, was allegedly abducted and has not been found yet.

He joins a long list of people, who have disappeared on political grounds.

Significant traumatising moments include the losses of lives to the cholera outbreak of 2007-8 and the financial and employment losses suffered after the record hyperinflation in 2008.

The anger and hurt in Zimbabwe has been left for too long to munch into the fabric of Zimbabwean society.

Now, Zimbabwe is a country that is characterised by fear, dejection and frustration, leaving little room for national development.

Everyone in every corner of society is hurt in some way and this anger is vented and seen in political, economic and social processes.

A window of hope is provided by the presence of civil society organisations like the Zimbabwe Peace Project (ZPP), Zimbabwe Human Rights NGO Forum, Heal Zimbabwe Trust, among others that seek to foster community based healing and reconciliation.

As part of its work, ZPP embarks on various campaigns to promote political, civil and socio-economic rights with a view of advancing peace, justice, dignity and development for all.

However, these efforts will remain limited by the apparent lack of political will.

With enough political will, government can be able to acknowledge and build onto the current efforts by ZPP and other like-minded groups, and this can feed into the main peace process that Zimbabwe so much needs.

So, whether the visit by Mbeki is anything to do with political dialogue or not, the key aspect remains the need for genuine, home grown political will to start a genuine, inclusive and transparent truth, healing and reconciliation process.

Without that, we will continue to hurt each other.