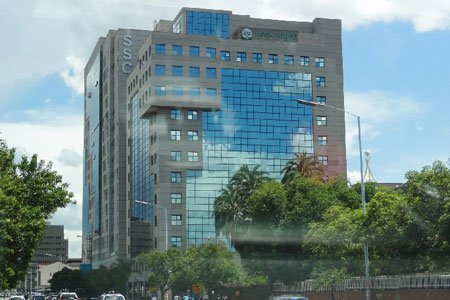 BY FIDELITY MHLANGA Zimre Holdings Limited (ZHL) has entered into a share purchase agreement with the National Social Security Authority (NSSA) where it will acquire a majority stake in Fidelity Life Assurance (FLA).

Zimre Holdings Limited (ZHL) has entered into a share purchase agreement with the National Social Security Authority (NSSA) where it will acquire a majority stake in Fidelity Life Assurance (FLA).

The acquisition will see Zimre re-integrating with operations of a company which it let go in 2003.

According to a circular, Zimre has entered into an agreement with NSSA for the purchase of its 35,09% stake in Fidelity.

ZHL already holds a 20,57% stake in the life insurer and the acquisition will see it become the majority shareholder in the company with 55,66% shareholding.

The transaction, which is subject to shareholder approval, will result in Fidelity becoming a subsidiary of Zimre and its operations being consolidated into the financial statements of the group.

“The acquisition will be done through a share swap agreement where NSSA will be issued with 65,14 million authorised but unissued ZHL shares on the basis of 1 ZHL ordinary share for every 0,59 FLA shares held by NSSA,” reads part of the circular.

It also has several other subsidiaries involved in various sectors such as microlending, medical aid, asset management and actuarial services.

It is also involved in property development. The company has been struggling for capitalisation as it reels under the strain of huge operating costs.

Zimre is also seeking to acquire the entire shareholding in Zimre Property Investments (ZPI) under a two-pronged approach.

The two-phased approach will entail the acquisition of the remaining shares held by minority shareholders through an open market offer and the simultaneous application for the delisting of ZPI.

“Delisting of ZPI will ease the restructuring of the business composition, enabling a leaner and more focused business structure,” the circular added.

The transactions seek to achieve total control of FLA and ZPI thus enhancing the group’s ability to create and preserve value for all its stakeholders.

According to the group, the acquisitions will result in Zimre having combined assets of $2, 07 billion and shareholders’ equity of $837 million.

This will increase underwriting capacity and ultimately competitiveness both in Zimbabwe and the region.

“It will also enhance future capital-raising efforts as the balance sheet will now be anchored by a significant property portfolio comprising a mixture of properties in prime locations around the country,” said the group.

All three companies are trading at a price to book value of under 1x reflecting significant undervaluation of the assets by the market.

An extraordinary general meeting for the two acquisitions will be held on September 30.