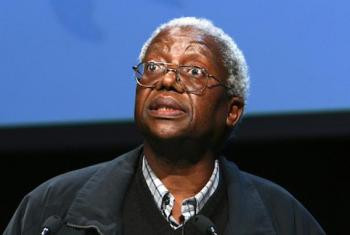 VICTORIA Falls Stock Exchange-listed resources outfit Bindura Nickel Corporation Limited (BNC) says it is scaling up disclosure levels in financial statements to give investors a complete view of the business.

In an interview with Standardbusiness managing director Thomas Lusiyano said its award-winning reports this year would be surpassed by reports in the coming years, as he builds an operation that responds to various expectations, including sustainability.

BNC won a prestigious corporate governance award in the 2022 Quoted Companies Survey — one of the biggest corporate events on the market.

The survey, which also ranked aggressively expanding restaurant chain Simbisa Brands and Masimba Holdings among top performers, was organised by the Zimbabwe Independent, in partnership with Nedbank Zimbabwe.

The resources outfit was awarded for coming first in the sustainability cluster on account of the high level of financial information disclosure in its 2022 annual report.

KMH is one of the country’s biggest resources firm, whose interests include BNC.

“We are a group that is involved in the extraction of a finite resource from underground,” Chinyemba said.

“We, therefore, owe it to posterity, to extract such resources and to protect the environment while we do so.

“This is the surest way to ensure that these assets will continue to yield value, provide employment and sustenance to the generation that comes after all of us are gone.”

BNC board chairman Muchadeyi Ashton Masunda congratulated Lusiyano for taking the initiative to introduce sustainability reporting, through the BNC Annual Report, for the first time in 2021.

“I commend management for taking further steps during the year 2022, to improve on the level of transparency and disclosure, which has culminated in the recognition that we are gathered to witness today,” he said.

BNC is in the process of acquiring new underground mining mobile equipment to replace old technologies that have been pushing up operating costs, according to an update to shareholders for the second quarter ended June 30 2022.

BNC said the high cost of maintaining the aged underground equipment, coupled with the lower nickel in concentrate production resulted in an increase in unit costs.