Law body in the eye of a storm 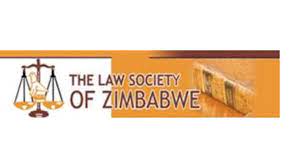 Lovemore Manja alleged that he was dismissed from work in 2013 under unclear circumstances resulting in him taking the matter to the Labour Court.

THE Law Society of Zimbabwe (LSZ) has been caught in the eye of a storm after a former Bulawayo Public Library employee accused the organisation of conniving with his lawyer to defraud him of his terminal benefits.

Lovemore Manja alleged that he was dismissed from work in 2013 under unclear circumstances resulting in him taking the matter to the Labour Court.

The court ruled that he be reinstated or paid his salaries, damages and terminal benefits.

A statement from the Labour court dated April 8, 2013 and signed by the arbitrator Phibeon Chenyika indicated that the total back pay and damages was supposed to be US$ 15 245.

“The total back pay and damages is US$ 15245, the net of the above quantified  package to be paid to applicant  in one lump sum or at terms to be agreed with applicant subject to the liability being amortised by September 30, 2013 where after an interest of 5% per annum shall be factored in on the whole amount or for the balance thereof up to the date of final  payment,” read part of the statement.

“I went to report Butshe to the LSZ because of his misconduct and made all my submissions at the discovery stage to them but my submissions disappeared in their offices resulting in them making a ruling against me exonerating Dube of any wrongdoing,” Manja claimed.

“The document that they were using had a falsified quantification of US$1350 instead of US$ 15245, falsified arbitrator and falsified signature on my behalf and they closed my case without my consent.”

But LSZ Corporate Communications Manager Richard Chidza said they considered all submissions as made by Manja.

“We would be interested to know what part of his submissions was excluded during the hearing. The adjudication of the matter also involved consideration of submissions made by the legal practitioner and a determination was made,’’ Chidza said.

He said Manja had a right to request for a review of the outcome if he was unhappy about the ruling before questioning why the former librarian took long to raise a complaint.