Embracing green buildings to save energy 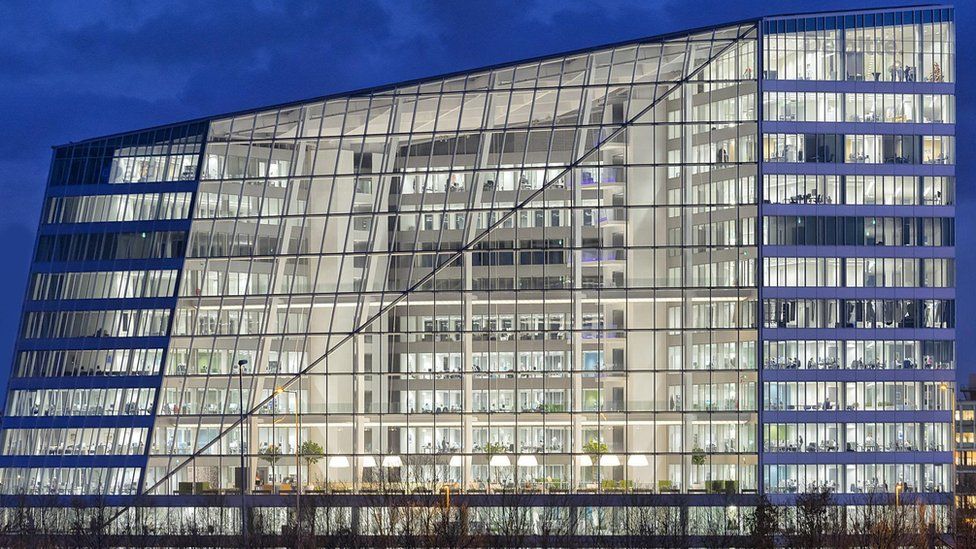 Assuming that Zimbabwe implements green building standards to the levels of the greenest building in the world — the Edge, located in Amsterdam, which uses 70% less electricity than comparable office buildings, the annual electricity import bill from Zambia alone would be reduced from US$75.6 million to US$22.68 million.

BY LEWIS CHIKURUNHE Africa’s growth prospects remain anchored on the availability of adequate energy and water to support its budding industries, and infrastructure, and to feed its growing rural and urban populations. In 2021, Zimbabwe imported electricity from Zambia to the tune of US$6.3 million per month, which adds up to US$75.6 million per year. The country had an equally significant energy import bill coming from its Mozambique electrical energy supply deal, which stood at US$42.32 million in 2020, and perhaps more in 2021.

Assuming that Zimbabwe implements green building standards to the levels of the greenest building in the world — the Edge, located in Amsterdam, which uses 70% less electricity than comparable office buildings, the annual electricity import bill from Zambia alone would be reduced from US$75.6 million to US$22.68 million. Cumulatively, such green building standards would have saved Zimbabwe US$53 million in 2021 from the Zambia power import deal alone. To achieve these energy savings levels is a journey, and that journey must start now.

As of 2021, Zimbabwe’s electricity penetration rate stood at 41%, with 80% of Zimbabwe’s rural population living without electricity. To align with vision 2030 of becoming an upper-middle-income economy, and to foster rural industrialisation, Zimbabwe must improve on its electricity generation and availability across the rural and urban divide. Zimbabwe boasts an average annual of 8.3 sun hours per day, which makes the country suitable for solar energy. Therefore, a solution for the country’s energy shortage could be the development of a solar energy network in urban and rural Zimbabwe. This is what green building standards speak to. Solar energy is a focal part of Zimbabwe’s National Renewable Energy Policy (NREP), and without green building standards and robust funding models, the realisation of Zimbabwe’s energy goals will remain a paper tiger.

On a broader scale, the National Development Strategy (NDS1) targets to increase power supply from the current installed capacity of 2317 MW to 3467 MW by 2025, and standing in its way is climate change, which continues to impact Southern African countries through rainfall and temperature variabilities. These variations have affected the Sadc energy sector due to a high dependence on hydropower for electricity in the region.

In the year 2021, Zimbabwe’s energy supply mix was made up of 70% hydropower, 29% coal, and renewable energy respectively. It is an unwritten economic law that if energy is not sufficient to meet demand, it will lead to a fall in GDP, the most important input for economic growth. And the challenge for the government under these circumstances is how to sustainably increase the supply of energy to households, businesses, industries, and commerce, in the shortest possible time, and at minimal financial commitments.

Green building standards are the solution.

Imagine the cumulative impact of turning every new residential and commercial rooftop into a solar energy farm. The benefits are even more if we adopt energy-efficient architectural frameworks. We will accrue more gains with green building ratings and incentives, to mention but a few, considering that energy efficiency in green buildings goes beyond construction. With green building standards and supporting policy frameworks, Zimbabwe will convincingly surpass NDS1’s power supply target of 3467MW before the year 2025.

The Energy and Power Development ministry plays a pivotal role in the realisation of Zimbabwe’s energy goals. It is responsible for policy formulation and implementation, which gives it an overall responsibility for Zimbabwe’s energy sector. Other key participants whose integrated efforts define the performance of Zimbabwe’s energy sector are Zimbabwe Energy Regulatory Authority (Zera), Zimbabwe Electricity Transmission Distribution Company (Zetdc), Zimbabwe Power Company (ZPC), Independent Power Producers (IPP), Zimbabwe National Water Authority (Zinwa), and the Zambezi River Authority (ZRA). Working in unison, and with the support of the Green Building Council of Zimbabwe and other stakeholders, the above players will deliver sustainable energy solutions for Zimbabwe.

The future of eco-friendly sustainability in built environments depends on the selfless deployment of eco-friendly and smart technologies for robust energy management. Standardisation of these technologies is a shared responsibility and the Green Building Council of Zimbabwe stands ready to play its part in this cost-saving journey.