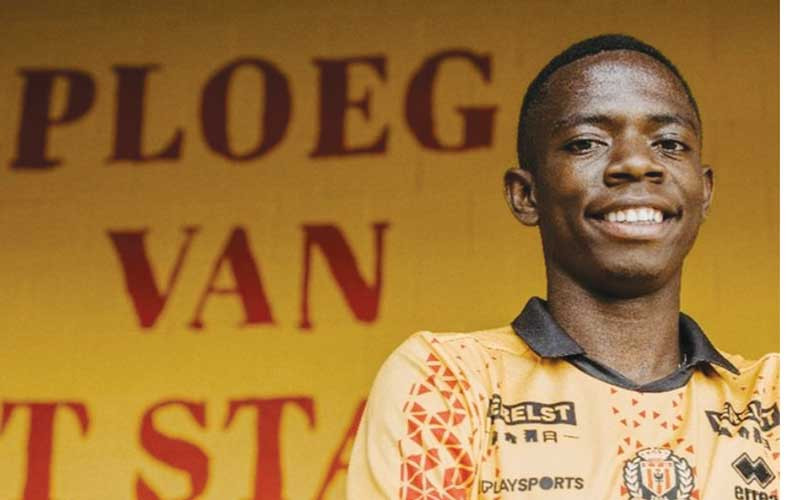 DYNAMOS winger Bill Antonio has signed a two-year contract with Belgium Pro League side KV Mechelen with an option for further two years following a successful month-long trial stint in July and August.

Antonio immediately joins the club’s Under-23 side, which competes in the 2de Nationale VFV B, which is the country’s fourth-tier league, meaning he will have to work extra hard to be promoted to the senior team.

Mechelen, who are based in Antwerp province, currently sit 11th on the 18-team Pro League standings with seven points from as many matches.

The-20-year-old rising star left the country last Thursday to complete his move from Harare giants Dynamos for an undisclosed fee.

Mechelen announced the completion of the transfer on the club website yesterday.

“The 20-year-old Zimbabwean signed a contract for two seasons with an option for another two years. Bill Antonio is no stranger to Mechelen. This summer he already came to do an internship with our development side. In this he was able to convince the technical team,” club sporting director Tom Caluwé said in a statement.

“Bill is a fast right wing with quick feet. To integrate, he will play with our U23 at the beginning.

“Antonio comes over from the PE Academy in Harare and played his matches at Dynamos FC Harare. He also made his debut for the national team last year.”

The Prince Edward Academy product was one of the key players for Tonderai Ndiraya at Dynamos after striking a lethal partnership with Ghanaian forward Emmanuel Paga at the beginning of the season.

He scored three league goals in his debut season for Dynamos before his departure.

Mechelen invited Antonio for trials back in April, but it failed to materialise due to logistical complications and the player finally managed to travel to Belgium at the end of July.

He has also made an appearance for the Zimbabwe Warriors after being given his debut by former Warriors coach Norman Mapeza during a 2022 Fifa World Cup qualifier against South Africa in 2021.

Dynamos have close links with Mechelen and the relationship saw Ndiraya spend over a month attached at the Belgian club two years ago.

The Harare giants also received from Mechelen an assortment of equipment in 2020 to help the technical team implement a scientific approach to their game.