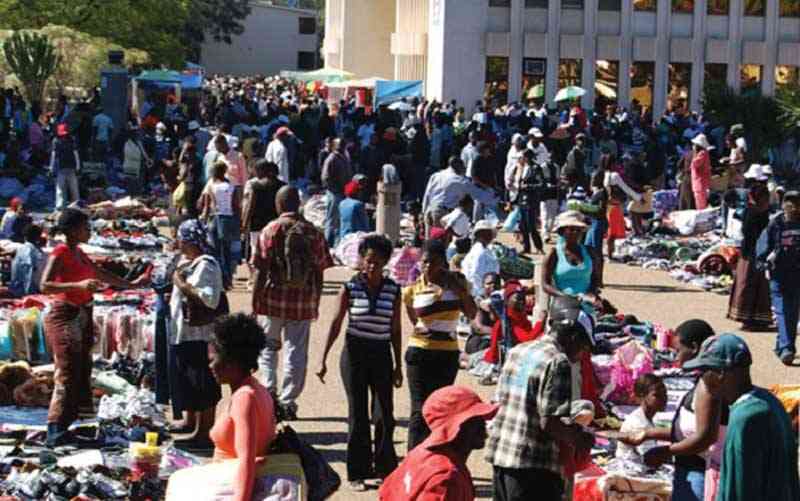 Previously I wrote: “Mainstream neoclassical economics, which has been the dominant economic thinking for over a century, is no longer an adequate mental model to interpret and shape the socio-economics of a new reality.

Conventional neo-classical theory no longer reflects realities because in the real world, economies are not static and geared towards equilibrium; they are dynamic and in constant flux with constant unpredictability. This dynamism is endogenous; it originates within the system, not from exogenous shocks.

In reality, the economy is a complex ecology rather than a complicated machine whose parts can be analysed and understood.

It does not respond in predictable ways rather, it is path-dependent, with each phase building on the previous one.

This is a more realistic understanding of the way economic systems develop and change especially in this fast pace information age.

(This is according to a paper published by the Institute for Public Policy Research (IPPR) titled; “A Complex New World: Translating new economic thinking into public policy”.)

This certainly applies to the Zimbabwean economy where we now have a predominantly informal economy, which is unregulated and contributes an estimated 70% to the gross domestic product (GDP).

There is no doubt that sustainable economic and social development can only happen in a stable macro-economic environment.

For the avoidance of any doubt, macro-economic stability is the absence of currency fluctuations, high debt burden and unmanaged inflation which can result in economic crises and collapse in GDP.

It also includes minimising our economic vulnerability from external shocks and the pursuit of consistent well thought-out economic policies, which create predictability and allow effective economic planning and growth.

Fiscal and monetary discipline, as well as a sustainable balance of payments position are therefore key.

Our key policy objectives must include creating a stable macro-economic environment, characterised by fiscal and monetary discipline, as well as a sustainable balance of payments position which is critical in building investor confidence.

Added to this must be the strengthening fiscal responsibility and management of government expenditures in order to create an appropriate environment for increased budget developmental expenditures which enable and enhance the economy’s overall productive activities.

Effective debt management favourably skewed towards enabling the productive sector is necessary in order to build the productive capacity of the economy and create jobs.

A key factor which has a systemic impact on macro-stability is the issue of price stability whose preserve largely falls under monetary policy effectiveness.

Inflation is of course enemy number one because it complicates the economic decision making process and slows economic growth while it results in the decline in the value of money and purchasing power.

Deflation also slows down economic growth as consumption and investment in the economy are both deferred.

Price stability, among other things, contributes to high levels of economic activity and growth, improves informed consumption and investment decisions and allocation of resources, increases investment levels and also prevents arbitrary re-distribution of wealth which can lead to market distortions.

In short, economies grow when prices are stable because people can plan, afford and increase their consumption while businesses can effectively plan and invest more in the economy due to profit predictability.

The role of the Reserve Bank of Zimbabwe (RBZ) in effectively regulating and monitoring the financial services sector will continue to play a central role in stability.

Key will be the effectiveness and efficiency of the foreign exchange auction system as a means to allocate scarce foreign currency while ensuring funds are disbursed in the shortest possible time to bidders and that they are utilised for productive purposes.

There is no debate that despite the issue of the backlog of disbursements the RBZ has indeed played a critical role in its attempt to direct scarce foreign exchange to critical productive sectors.

The willing-buyer-willing-seller policy is a step in the right direction as we move towards a free market-driven foreign exchange allocation system.

Despite widespread criticism, the RBZ has had to be creative in resolving currency instability first by monitoring and regulating electronic money transactions and secondly by launching alternative value preservation asset-gold coins.

Added to this has been the revelation by government through the ministry of finance that it is government suppliers and contractors who have been feeding the parallel market in an effort to make profits.

Currency stability has benefited everyone except speculators who have to date been pricing the USD without due regard of its negative socio economic impact.

On the issue of gold coins we all know that the enemy of the people is inflation which we are experiencing in Zimbabwe, gold coins can indeed be a hedge against inflation over the long term.

It is therefore a reliable, tangible and secure asset class for long term savings for pension funds and individuals.

What will be key is the ability to buy and dispose the gold coins.

The idea is that one can walk into a bank and buy the coins which can be held in custody and a certificate can then be issued.

The certificate must be a tradeable instrument and can be, therefore, be sold and redeemed for cash at any instance at the prevailing market price.

One can also get the physical coins and safely store those.

The value of the asset will be determined by the international gold price and the supply and the demand of the coins.

The best part of gold coins is that, unlike other tangible assets, there are no maintenance costs at all.

At the outset of the launch of the gold coins, the RBZ was again criticised and yet we have experienced some benefits.

The imminent launch of smaller denominations to allow broader participation by individuals succinctly deals with the outcry that gold coins are an elitist asset not available to ordinary citizens.

In my opinion there are no easy or simple answers in a complex economy it is a matter of creativity and patience to see the results. A convergence of the various US dollar rates must surely be the next step however, one thing we don’t do is to give credit where it is due!

*Vince Musewe is an independent economist and you can contact him directly on vtmusewe@gmail.com

These weekly articles are coordinated by Lovemore Kadenge, an independent consultant, managing consultant of Zawale Consultants (Private) Limited, past president of the Zimbabwe Economics Society  and past president of the Chartered Governance & Accountancy Institute in Zimbabwe. Email – kadenge.zes@gmail.com and Mobile No. +263 772 382 852